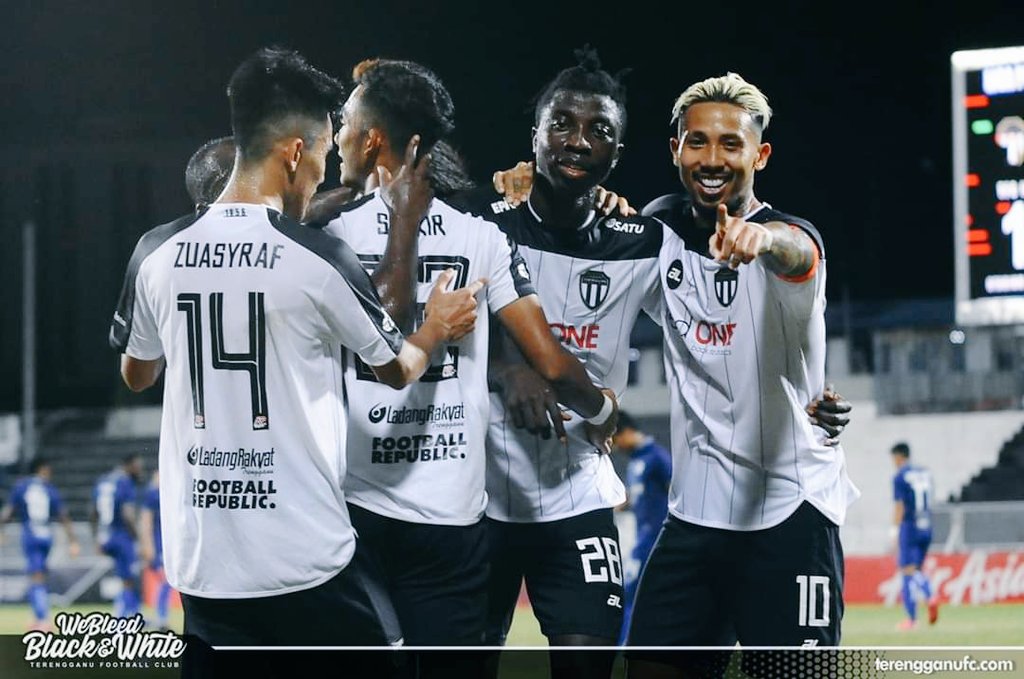 Jordan Mintah says training at home is part of work

Malaysia-based striker Jordan Mintah will not agree to a pay cut by his top-flight side Terengganu II as keeping fit indoors is still considered part of the job.

The M-League is now suspended after the government enforced the Movement Control Order (MCO) to curb the spread of the Covid-19 pandemic.

The Ghanaian striker moved to Malaysia just five months ago and started the season just recently before the government in the country stopped the league over the deadly disease.

Teams are facing financial woes due to the loss of gate collections and sponsorships which has forced team in the Asian country to consider pay cut for players but the Ghanaian does not agree.

“I do not agree to a pay cut. This is because the management has given us a training schedule and we need to send our training videos daily to the coach for evaluation," said Mintah.

“This means we are still ‘working’, only that we do it at home and not on the field,” added the Ghanaian, who scored his first goal in the Premier League in the 1-0 win over Selangor II on March 1.

The 25-year-old said he is diligently training at home in Kuala Terengganu in Malaysia.

“I have no problems following the training programme planned by coach Roshadi Wahab.”

Meanwhile, Mintah is worried about his family, especially his mother (Theresa Adjwoa Ampomaa), in Ghana.

He disclosed that his family are Covid19 free.

“My family are in good health in Ghana. Although they have not contracted Covid19, I am still worried.

“And to make sure everybody (in Ghana) are safe, I always remind my family members to stay indoors and not to mingle with too many people,” Mintah added.

Mintah won the Philippines top-flight league golden boot award last season before clinching the move to the Malaysian side in December last year.

He had a tremendous debut season with Kaya FC in the Philippines Football League after emerging as the top scorer after netting nineteen (19) goals in his 21 outings this season.

The former Wassaman United goal poacher made 21 appearances out of their 28 league games due to injuries.

He joined the Yellow and Black lads from fellow Philippines top-flight side Stallion FC in February.

Mintah was named the discovery of the MTN FA Cup competition in the 2011/12 season.