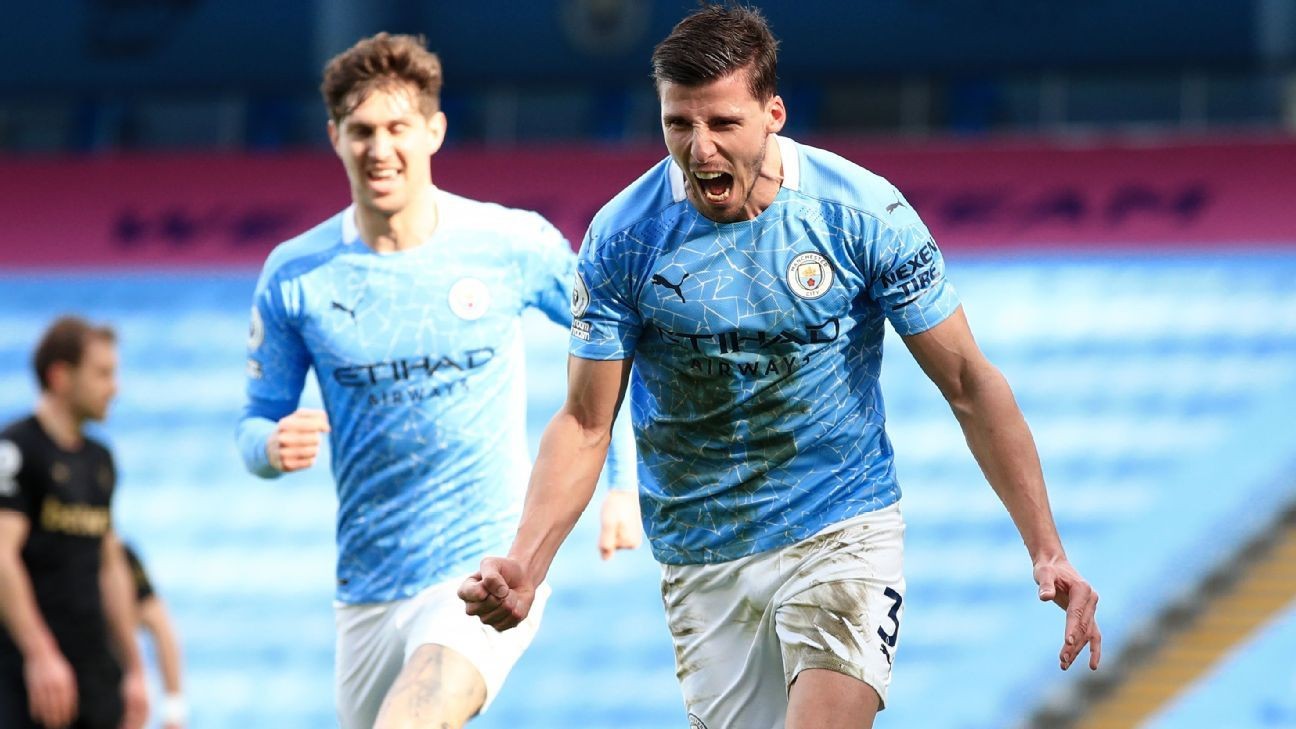 Manchester City extended their record-breaking winning run in the Premier League to 20 games as they beat top four contenders West Ham United 2-1 at the Etihad on Saturday.

Ruben Dias scored his first City goal in 32 games before John Stones wrapped up the game in the second half.

It took City 30 minutes to score their first against a well set up West Ham side.

Kevin De Bruyne struck a cross into the box which Dias got his head to and guided past Darren Randolph in the West Ham goal.

The cross marked De Bruyne's 11th Premier League assist which ties him with Tottenham Hotspur's Harry Kane for most assists.

The goal added fire to Pep Guardiola's side but West Ham continued to seek their opener which they found through Antonio on 43 minutes.

City gave Vladimir Coufal too much space who found recent signing Jesse Lingard. His shot was just going wide but Antonio was there to poke it in past Ederson.

The goal was the first City have conceded at home since Dec. 15 when they played West Bromwich Albion.

West Ham had a VAR review three minutes into the second half when Lingard went down on the edge of the area. However, replays showed that Fernandinho timed his tackle well and referee Michael Oliver waved away West Ham's calls for a penalty.

David Moyes' side were left rueing their missed chances and lack of possession in the second half when City scored their second of the day.

Riyad Mahrez jinked and dodged around the West Ham defence just inside the penalty box before driving a low, hard cross to Stones who just had to steer it towards the goal.