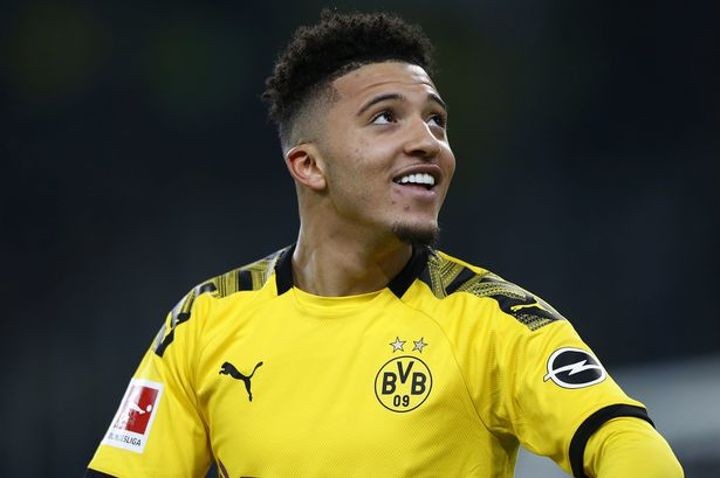 Manchester United reportedly have a shirt number ready for Jadon Sancho if the Borussia Dortmund winger signs for them this summer.

United are confident they can lure Sancho to Old Trafford this summer - despite the coronavirus pandemic having halted negotiations with the 20-year-old.

There is a feeling at United that if Ole Gunnar Solskjaer's side secure Champions League football, they will beat the likes of Chelsea, Liverpool, Manchester City and PSG to Sancho's signature.

And in a bid to convince him star he can have a great future with United, club chiefs are ready to offer him the iconic number seven shirt, according to the Evening Standard.

Sancho would be following in the footsteps of United legends George Best, Eric Cantona, David Beckham and Cristiano Ronaldo by wearing seven.

The current incumbent, Alexis Sanchez, has been less successful than his predecessors in the shirt and was shipped out to Inter Milan on loan last summer.

United hope to sell the Chilean this summer, but if they fail to do so they could strip him of the seven shirt anyway and hand it to Sancho, according to Metro.

Sancho has been in superb form again this season, with the player scoring 17 goals and creating 17 assists in all competitions for the Bundesliga side.

It is thought Dortmund would be willing to let him go if they receive an offer they can't refuse, and they value the 20-year-old at around £130m.

United and PSG could therefore be set for a bidding war for Sancho, who is one of the most highly-sought after young players in the world.

Liverpool have also been linked with a swoop for Sancho in recent months, but it is understood Jurgen Klopp is prioritising a move for RB Leipzig star Timo Werner.