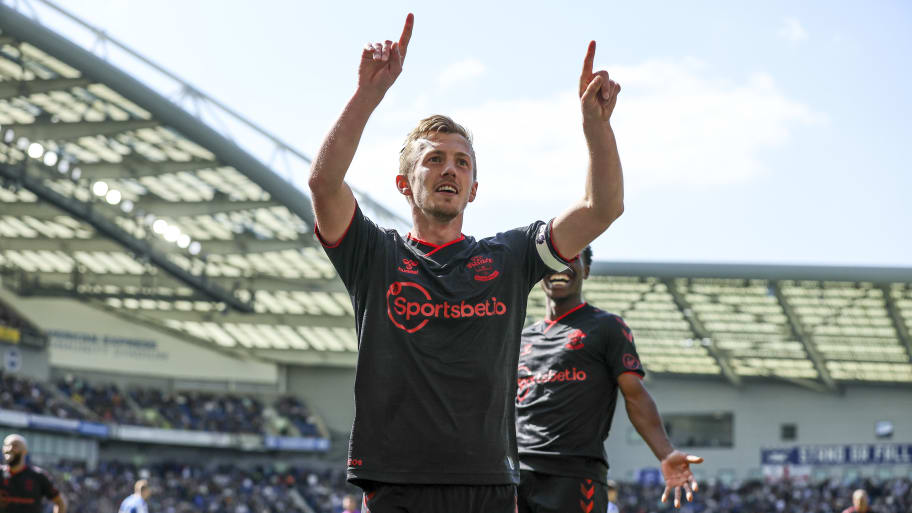 Manchester United and Manchester City have been linked with a summer move for Southampton midfielder James Ward-Prowse.

The England international is enjoying his best goalscoring season in the Premier League to date with nine strikes. He is also just four free kicks off equalling the all-time league record held by the legendary David Beckham with 18.

27-year-old Ward-Prowse has spent his entire career with Southampton, but his excellent performances this term have piqued the two Manchester clubs' attention.

They add that Pep Guardiola is a big admirer and could urge City to rival their local foes for the Saints captain.

Ward-Prowse's contract runs until June 2026 and is worth £100,000, so salary demands would not prove difficult for either Manchester club.

Listen now to 90min's Manchester United podcast, The Promised Land, with Scott Saunders &Rob Blanchette. On this week's show they discuss Ralf Rangnick's future as Austria boss & United consultant, as well as if the club should be looking to build around Cristiano Ronaldo.

There is a massive rebuild job on for Ten Hag and United this summer. There has been upheaval behind the scenes already, with director of football negotiations Matt Judge recently resigning. Executive vice chairman Ed Woodward left his role in February, while senior scouting heads Jim Lawlor and Marcel Bout also departed.

Current interim manager Ralf Rangnick is set to take over as Austria manager at the end of the club season, but that will not affect his two-year consultancy role at Old Trafford.

This article was originally published on 90min as Man Utd & Man City linked with move for James Ward-Prowse.