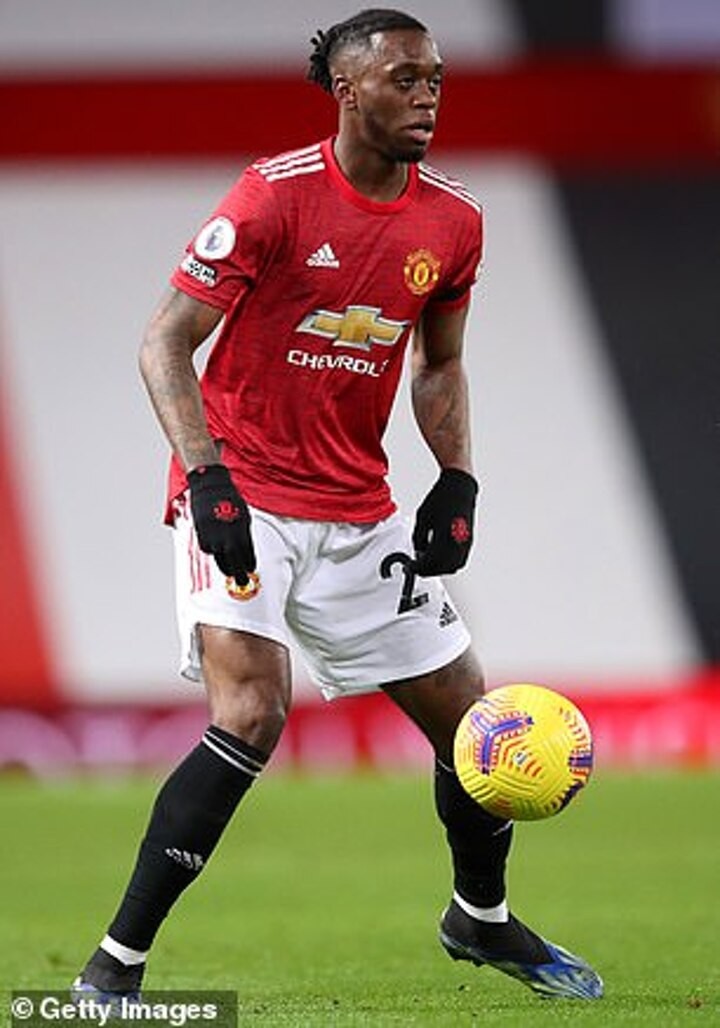 This will be the second time Aaron Wan-Bissaka will return to an empty Selhurst Park since his £50million move from Crystal Palace to Manchester United.

His first game back against his former club came in a 2-0 victory for the Red Devils in July and the defender will be hoping for a similar outcome on Wednesday evening.

He will also be desperate to impress. The right back is having a positive second season at Old Trafford but he still finds himself down the pecking order when it comes to international football.

Gareth Southgate has selected Kieran Trippier, Kyle Walker, Trent Alexander-Arnold and Reece James over Wan-Bissaka and the 23-year-old is reportedly set to switch his allegiance from England to DR Congo if he is overlooked for the upcoming squads.

Defensively, the United man is perhaps England's best option at right back. However, his rivals are more threatening going forward and his lack of attacking prowess is something which has frustrated Red Devils fans.

But the defender is a reliable figure for Ole Gunnar Solskjaer with only Harry Maguire and Bruno Fernandes having played more minutes for United this season. He has cemented his position at right back, although there is very little competition.

With the defender 20 months into his United career and preparing for a visit back to where it all began, Sportsmail takes a look at his strengths, weaknesses and impact so far.

Along with Leeds United right back Luke Ayling, Wan-Bissaka has the made the most tackles in the Premier League with 71.

That's 31 more than Alexander-Arnold, 36 more than James and 47 more than Walker.

He's also made the most interceptions of any of the right backs in the top six with 33, 10 more than James and 12 more than Walker. Alexander-Arnold is close behind on 31.

Wan-Bissaka is rarely beaten when it comes to 1 v 1 defending and is much stronger in that department than the other options at England's disposal.

However, there is still room for improvement defensively with the youngster prone to giving the ball away too easily.

Rio Ferdinand attributed some blame to Wan-Bissaka for Everton's late equaliser at Old Trafford last month, with the defender giving the ball away in the build-up to the free-kick from which Dominic Calvert-Lewin scored.

'I was fuming before that free-kick,' Ferdinand said on his Rio Ferdinand Presents FIVE YouTube channel.

'Aaron Wan-Bissaka, he's got to understand game management at this time of the game.

'Passing the ball inside like that to be cut out is criminal. I would have been going nuts in the changing room, screaming.'

It's clear Wan-Bissaka is not on the same level going forward as some of the other right backs in the Premier League.

However, Wan-Bissaka has been involved in four goals this season - which actually puts him on a par with Alexander-Arnold.

In the previous two seasons, Alexander-Arnold has registered 12 and 13 assists and his reduction reflects Liverpool's drop in form in recent months.

It's not just goals and assists which are important but also the attacking threat full backs offer.

Nearly 50 per cent of United's attacks start down the left side, which is probably why Wan-Bissaka has made far fewer passes into the opposition's box (48) than the likes of Alexander-Arnold (281) and James (111).

When it comes to chances created, Wan-Bissaka has 18, Alexander-Arnold 40 and James 25.

The United defender is, however, ahead of Walker when it comes to attacking stats. The Manchester City man is not a guaranteed starter for Pep Guardiola with Joao Cancelo often picked ahead of him in big games.

Former United right back Gary Neville has previously suggested that Wan-Bissaka doesn't need to try and be something he's not but should instead focus on being the best defender he can be.

'The idea that you are going to make Aaron Wan-Bissaka into Trent Alexander-Arnold or Kyle Walker is never going to happen,' the Sky Sports pundit said last year.

'Manchester United have invested £50million in him, so rather than try and change him they have to work with what he does.

'It's a bit of an old fashioned approach because nowadays full backs are expected to be wingers, score goals, set up goals, take free kicks and penalties. This is a little bit of a throwback. I don't think we have to try and say he needs to be something different.'

Neville also suggested Wan-Bissaka could play in a back three, a formation that England used under Southgate at the 2018 World Cup. The Three Lions boss reverted to four at the back for most of the Nations League games but did return to a back three in the last international break.

Wan-Bissaka has not been tried and tested in a back three but neither had Walker before Southgate played him there in Russia. If he's prepared to bide his time before switching his allegiance, there is a possibility an opportunity could present itself.

While the defender has nailed down the right-back spot for United, there is little competition. It is fortunate Wan-Bissaka has not picked up an injury this season with Brandon Williams the only real reserve option - and he is more of a left back.

Bringing in another right-sided defender could also help Wan-Bissaka in the long run.

Signing Alex Telles has brought the best out of Luke Shaw, who is arguably having his best season at Old Trafford.

Shaw has kept Telles, who joined for £15.4m in October, out of the team and the defender will have his eye on challenging for a place in the next England squad in March.

Neville suggested the club may look to bring in another full back in the summer and it is more likely to be down the right side, with three options already available on the left.

Signing a right-sided forward could also help Wan-Bissaka. There would be less demand on the defender to get forward if the club have a strong attacker in front of him.

With three years left on his United contract, it is clear the right back will need some form of competition if he is to reach his full potential.