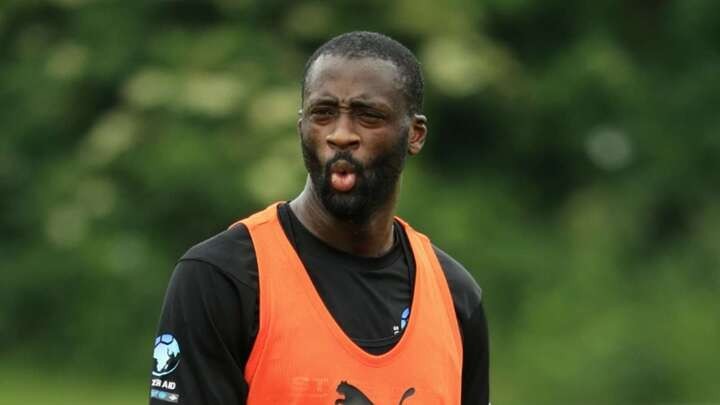 The Reds – who currently preparing for the 2021-22 campaign in Salzburg – welcomed the former Barcelona and Manchester City star in their midst.

For many who might be questioning the former midfielder’s mission to the Anfield giants’ squad, the Senegal international explained why that happened.

According to the reigning African Player of the Year, he invited the 38-year-old to watch the training session in Saalfelden.

“I said, ‘Yaya, do you think it is the best idea to come to watch our training?!’ He said, ‘My friend, I’m coming there! Just ask your boss!’,” Mane told Liverpool website.

“He is a very, very good guy and I have known him since 2004. He’s a good friend of mine so we always keep in touch and when he asked me if I can ask the boss whether he can come to watch training I said, ‘With pleasure’ and I think the boss was happy to have Yaya with us today to watch training and learn something because I wish him all the best.

“He wants to be a manager in the future and all the boys were happy to see him, to have a quick conversation with him and have a little bit of a talk about City and Liverpool. It was nice to meet him again.”

Meanwhile, the four-time African Player of the Year winner took to social media to express his delight watching the six-time European champions, while reserving special words for German tactician Klopp.

“Great to meet coach Klopp and watch the Liverpool squad training! Top manager and what a humble man, really enjoyed my time with you coach Klopp and the lads here today,” Toure wrote on Instagram.

A legend with 101 Cote d’Ivoire caps to his credit, the towering midfielder spent eight memorable years at Manchester City between 2010 and 2018, winning three Premier League titles, two League Cups and the FA Cup.

He last played for Qingdao Huanghai in the Chinese League One, and he helped them earn a promotion to the Super League after winning the Second Division title.

Having begun his coaching career at Ukrainian side Olimpik Donetsk, he has now been handed a one-year deal that will see him at the Akhmat Arena for the 2021-22 campaign.