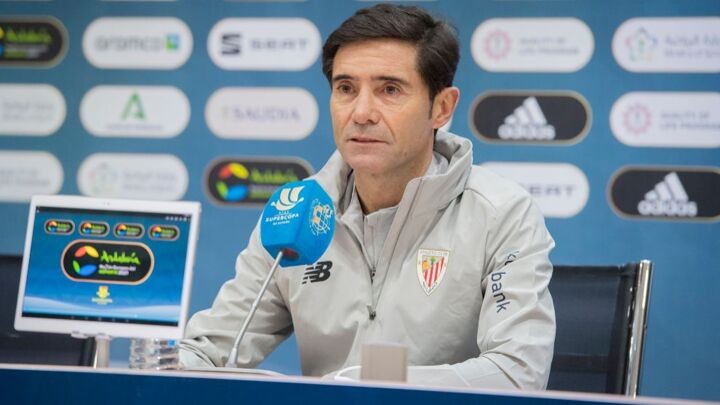 Marcelino is excited by the opportunity to take silverware back to Bilbao as Athletic Club go up against Barcelona in the Supercopa de Espana final on Sunday.

Athletic's last trophy came with a Supercopa victory over Barcelona in 2015, when Ernesto Valverde's side prevailed over two legs.

"Barcelona are used to winning lots of trophies in a season and Athletic have fewer chances [of winning trophies]," Athletic boss Marcelino said.

"Those chances that we do have, we have to do everything possible to take them. This is what these players are going to do - give their all for this trophy.

"The Supercopa is Athletic's last trophy and we're going to try to do everything possible to win it again."

Marcelino's has already claimed one scalp this week by beating Real Madrid in the semi finals.

"The players are on top form, they're like cannons," the Athletic coach added. "They're going to give their all to win.

"You don't have to pay attention to motivation for this game. They have the chance to be champions and to do it by beating Real Madrid and Barcelona... I was going to swear... it'd be really something."

Lionel Messi returned to Barcelona training on Saturday but there are doubts over whether he'll be able to play on Sunday.

"We have to play our way but [also] bearing in mind how our opponent plays," Marcelino said. "We won't change the main aspects of our play and we won't divert from our idea whether Leo is playing or not.

"His presence on the field limits our chances of winning, though. We'll presume he's going to play, that he's going to be at his best and that we'll have to stop him."