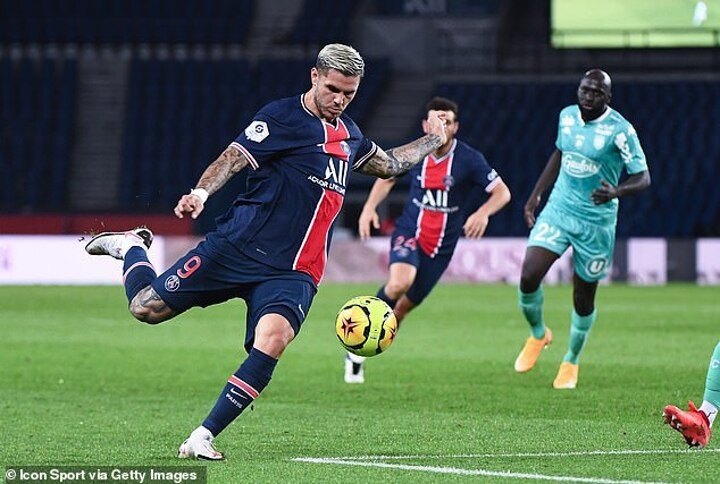 AC Milan are reportedly lining up a shock January move for Mauro Icardi with the Paris Saint-Germain striker's wife keen to take their family back to Italy.

Icardi spent seven years with Milan's rivals Inter but left in the summer to sign a four-year deal with PSG after scoring 20 goals in 34 games during a successful loan spell last season.

According to AS, the Argentine, who is currently sidelined with a knee injury, is a target for Stefano Pioli's side and the Milan manager could be helped by the forward's wife, and agent, Wanda Nara.

Nara, who has worked as a football agent, television presenter and model, is said to want her children to grow up in Italy and the family are already familiar with the city of Milan due to her husband's association with Inter.

Milan are currently top of Serie A despite having played a game less than their rivals with four wins from four matches.

The club reportedly believe they have a chance of challenging for their first Scudetto in 10 years and think Icardi could form a devastating partnership with Zlatan Ibrahimovic.

The veteran striker already has five goals this season and is the figurehead among a relatively young but talented squad.

Icardi joined PSG in a £52million deal in May after falling out with the Inter board and manager Antonio Conte made it clear he was not part of his future plans.

The forward was a prolific finisher during his time at Inter with his tally of 29 goals in the 2017-2018 season earning him the footballer of the year award.

However, returning to the San Siro with the red half of Milan would not go down well with his old supporters.