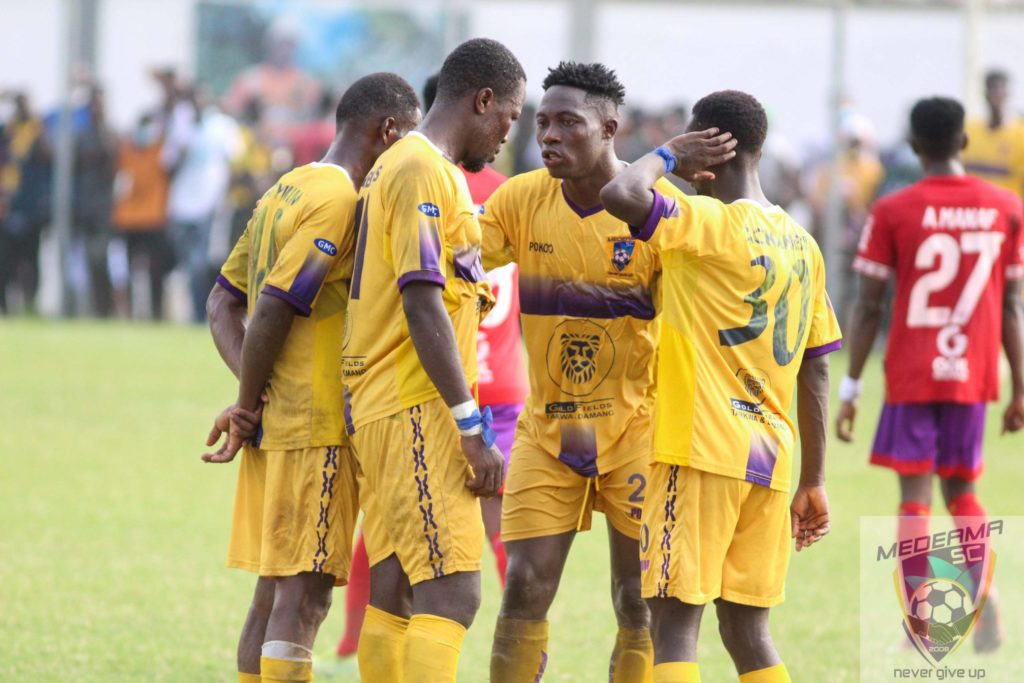 Medeama have handed a 4 day break to players and officials after ending the first half of the season in the top-four.

The players have been handed a well deserved short break starting from Monday March 8 with players expected to report to training on Friday March 12, 2021.

The players and technical staff have been given a 'cooling off' break to rebound ahead of the resumption of the 2020-21 season on March 19.

The Mauve and Yellows ended the first half of the season in top four after a well deserved 1-1 draw at Berekum Chelsea on Sunday.

Striker Prince Opoku Agyemang scored for the second successive time on his return to the club to cancel out Stephen Amankonah's first half opener.

Coach Yaw Preko and his assistants Yaw Acheampong and Hamza Obeng are expected to regroup with the squad on Friday March 12.