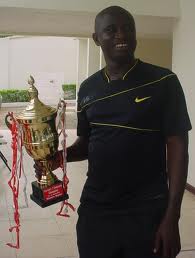 Ghanaian top-flight side Medeama will travel to South Africa in July to play top-flight sides Golden Arrows and AmaZulu as part of their pre-season preparations.

Mining magnate and club owner Moses 'Mospacka' Armah has revealed his intentions of annexing the Ghana title for the people of Tarkwa next season.

And as part of their plans of getting the best preparations before the start of the season, Medeama will travel to Durban where they will play the two matches.

The Ghanaian side will first take on Golden Arrows, the club coached by Ernst Middendorp, the former Hearts and Kotoko coahc, in Durban on 16 July.

The match will be played at the Chatsworth Stadium which has a capacity of 22,000.

Arrows claimed their first piece of major silverware when they won the MTN 8 in 2009 after routing Ajax Cape Town 6â€“0 in the final.

They will stay in the city to playÂ AmaZulu six days later.

Medeama will use the period to test new players they have bought while giving the chance to some of the players from their junior side to impress.

The Tarkwa-based side have impressive facilities and they are one of the few clubs in Ghana who are professionally run.

Medeama is among the clubs trying to break the stranglehold of Hearts of Oak and Kotoko.