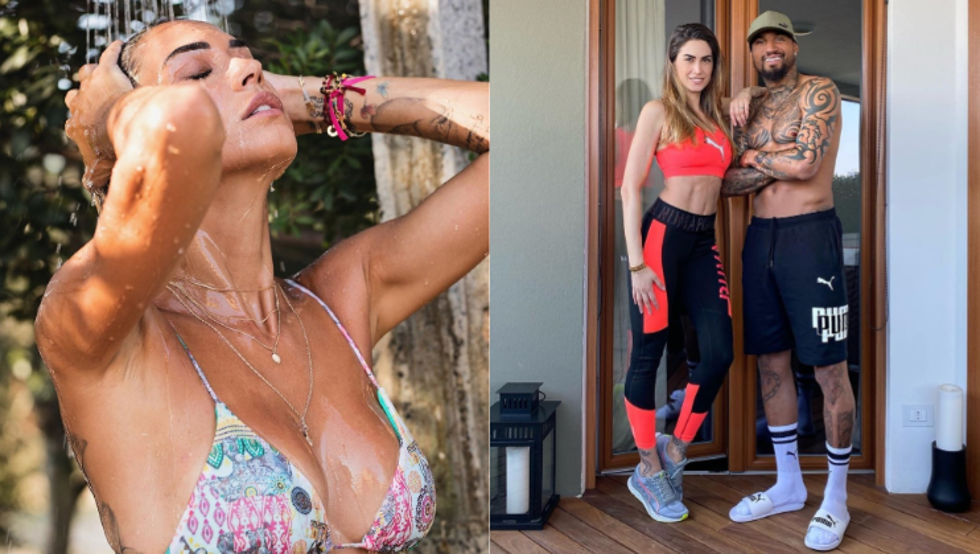 Less than a year after her split with footballer Kevin-Prince Boateng became official, it appears Melissa Satta is back living her best life.

The supermodel is having a wonderful time, touring beautiful places while flaunting her stunning body, which Boateng might be missing.

Melissa Satta in these days has risen to the news for her new love that has inflamed the covers of gossip magazines.

The beautiful showgirl, after the end of her relationship with Kevin Prince Boateng, remained single and there has never been rumours of a possible new flame if not in recent times.

Now she has finally come out into the open with Mattia Rivetti, a young entrepreneur, scion of one of the most important families of Made in Italy fashion.

Today the two have gone on a romantic getaway to the Costa Smeralda and Melissa is in great shape.

Satta recently published a series of photos on her Instagram where she shows off her body. 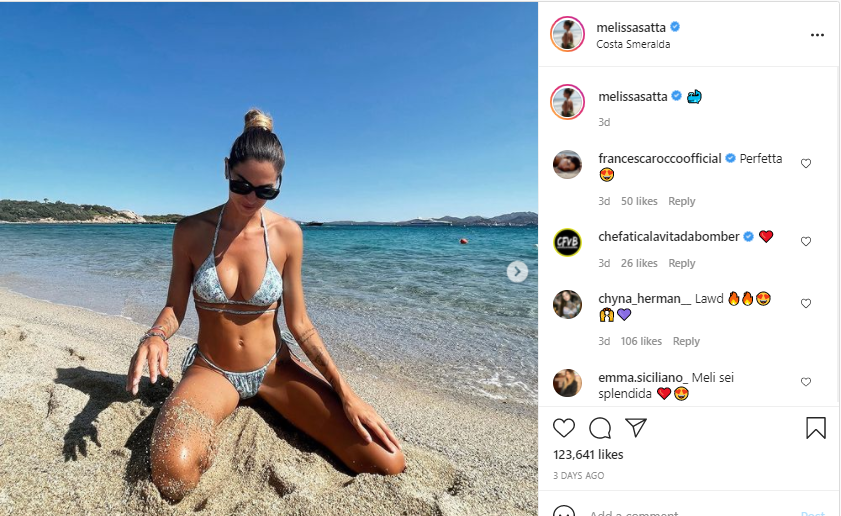 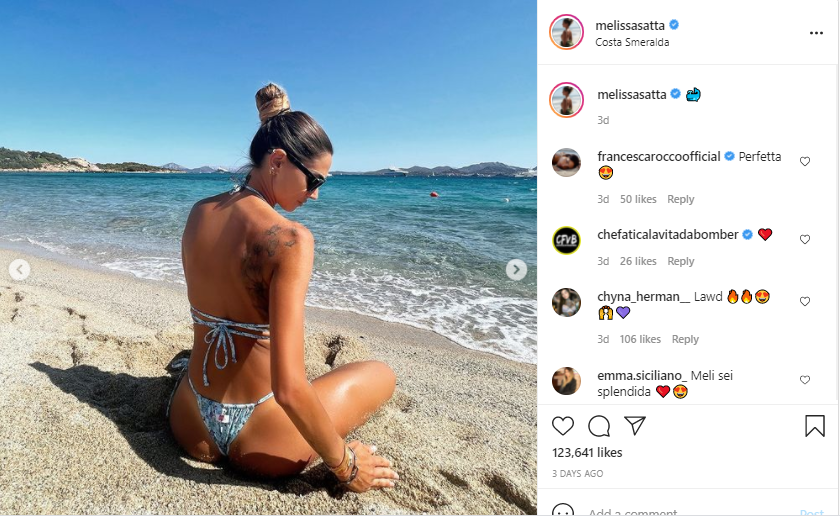 She wears a white and blue bikini that reflects the colours of the landscape and leaves behind, as a background, the sea of ​​Sardinia - the most beautiful island in Italy.

There are thousands of likes the comments he receives under his post.