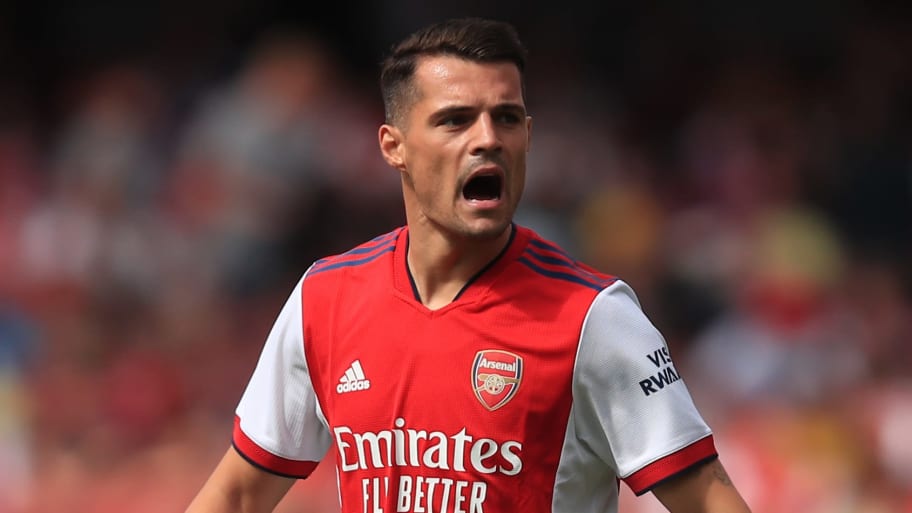 Mikel Arteta has confirmed that Granit Xhaka will stay at Arsenal having come close to joining Roma earlier in the summer, and the midfielder is also expected to be offered a new contract.

Xhaka’s long-term Arsenal future had been in doubt for some time despite him being regular for Arteta last season, making 31 Premier League appearances and starting 29 of them.

Roma showed interest in the Switzerland international, only for a deal to ultimately fall through over a failure from the clubs to reach an agreement over a transfer fee. Roma are not prepared to meet the £17m (€20m) asking price and Arsenal are not prepared to compromise.

With no breakthrough forthcoming, Arteta confirmed after Sunday’s pre-season friendly against Chelsea that Xhaka will not be leaving the club.

“Granit is going to stay with us. He is a key member of our squad,” were the manager’s words to talkSPORT soon after the final whistle.

Journalist Fabrizio Romano has tweeted that after rejecting an offer from Roma worth a guaranteed £10m, plus a further £2.5m in add-ons, Arsenal intend to hand Xhaka a new contract. That deal is expected to last until 2024 on an improved salary and the Gunners are described as ‘confident’.

Sky Sports had reported on Friday that Arteta has never wanted Xhaka to leave and was a major factor in convincing him to stay in January 2020 soon after taking over from predecessor Unai Emery, with whom the player had previously clashed.

Arsenal are in the midst of a much-needed squad overhaul this summer. They have already ticked some key positions off their wish-list following the signings of centre-back Ben White, full-back Nuno Tavares and midfielder Albert Sambi Lokonga.

A goalkeeper and another midfielder are the remaining priority positions left to address, with Aaron Ramsdale and James Maddison the players most closely linked so far. Arsenal are thought to have already had two offers rejected for the former, while the latter is valued at £70m.