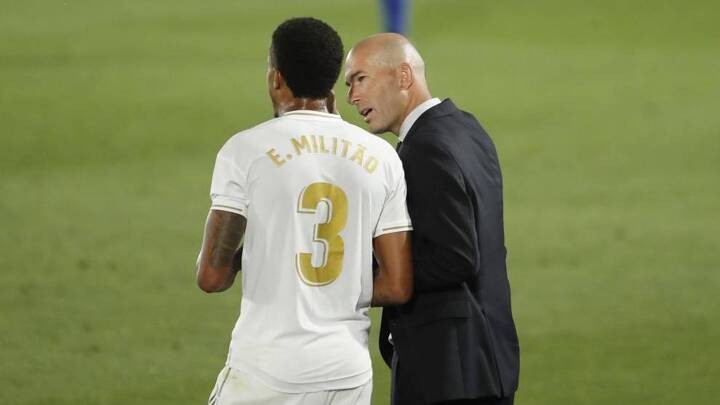 Real Madrid have confirmed their 19-man squad to face Alaves on Saturday evening at 21:00 CET which includes the absence of several key players and the return of some familiar faces.

The other two names absent are two youngsters from Castilla who have trained with the first team squad this week in the form of Hugo Duro and Victor Chust.

One player who does return, taking Ramos' place in defence, is Eder Militao, who has been ruled out for almost a month after he tested positive for COVID-19 on November 2.

The Brazilian was isolated and working out at home to stay in shape and has now returned to training with the team after testing negative, helping him to gain match fitness.

It's expected that Zidane will continue to trust Nacho and Raphael Varane as the central defensive pairing after Ramos picked up a muscle injury on international duty with Spain against Germany.

The injury was determined as a hamstring tear on November 19, which was expected to keep him out for between one and three weeks according to the severity of the injury.

With Militao available again, Zidane will finally have a little more depth to choose from in his squad as games come thick and fast after Champions League action against Inter in midweek.

Another player who returned in Champions League action on Wednesday was Casemiro, who also tested positive for COVID-19 and had been out of action since November 7.