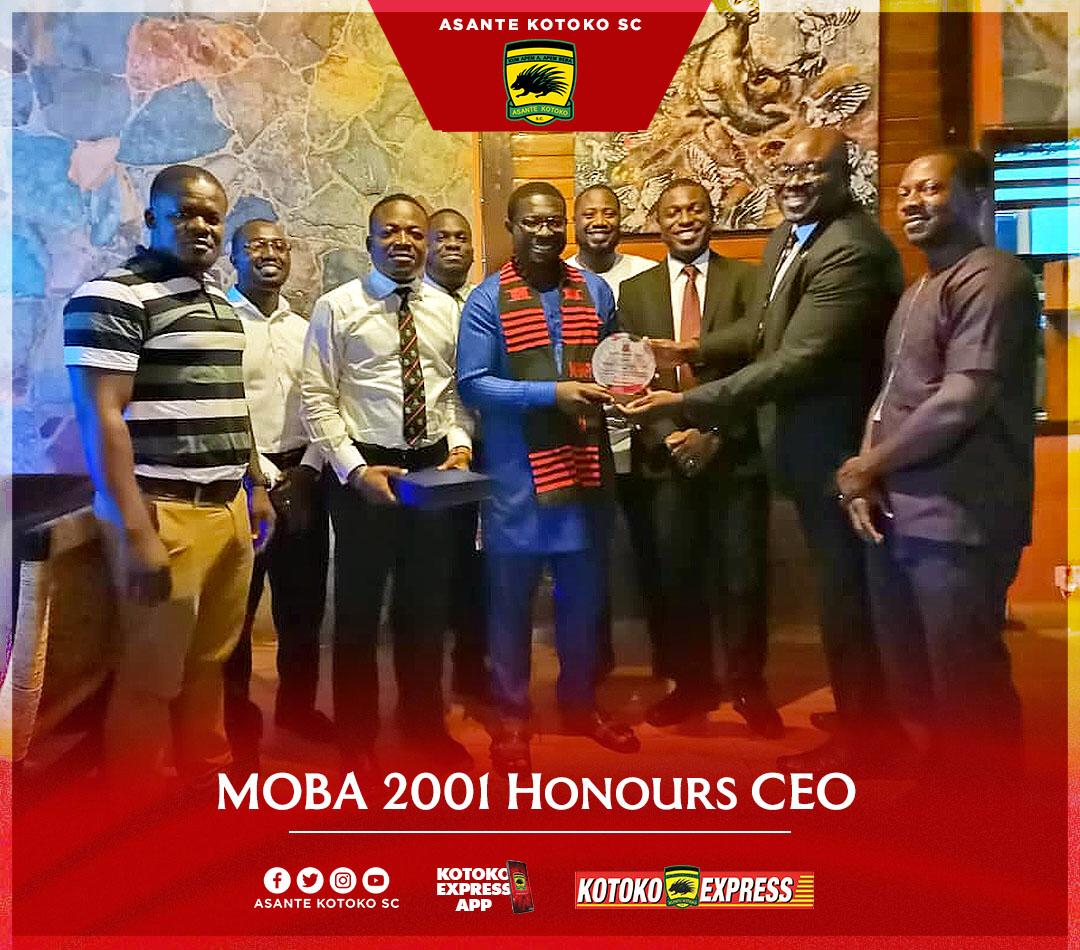 A delegation of Mfantsipim School Old Boys Association (MOBA 2001) paid a courtesy call on their member and mate, Mr. Nana Yaw Amponsah, on Wednesday evening to officially congratulate him on his appointment as the CEO of Kumasi Asante Kotoko.

The team, which was led by their Executives, used the occasion to celebrate and honor the CEO for his personal achievements, and his contributions toward the development of sports in the country.

He was presented a plaque, and decorated with a beautiful MOBA Sash, customized in his name.

Extolling the achievements of Mfantsipim Old Boys across the globe, the president of MOBA 2001, Dr. Ken Amaniampong expressed his gratitude to their members, and the CEO in particular for fulfilling the prophecy of Rev. Lockhart (headmaster 1925 - 1932).

And he quoted, "In a few years, the people of this country will be amazed at the number of its influential citizens who owe allegiance to this school".

On his part, Mr. Nana Yaw Amponsah, who was visibly very emotional, expressed his utmost appreciation for the recognition and honor done him.

He outlined the support he received from the group in the past when he vied for the GFA top position.

He also used the occasion to reaffirm his commitment to fulfill his old pledge of contributing to the construction of artificial turf at Mfantsipim School.

In a closing remarks, the Publicity and Organizing Secretary of the group, Mr. Divine Ackuayi, thanked everyone for honoring the invitation to celebrate their deserving fellow, Champion, as he is affectionately called among the fraternity.