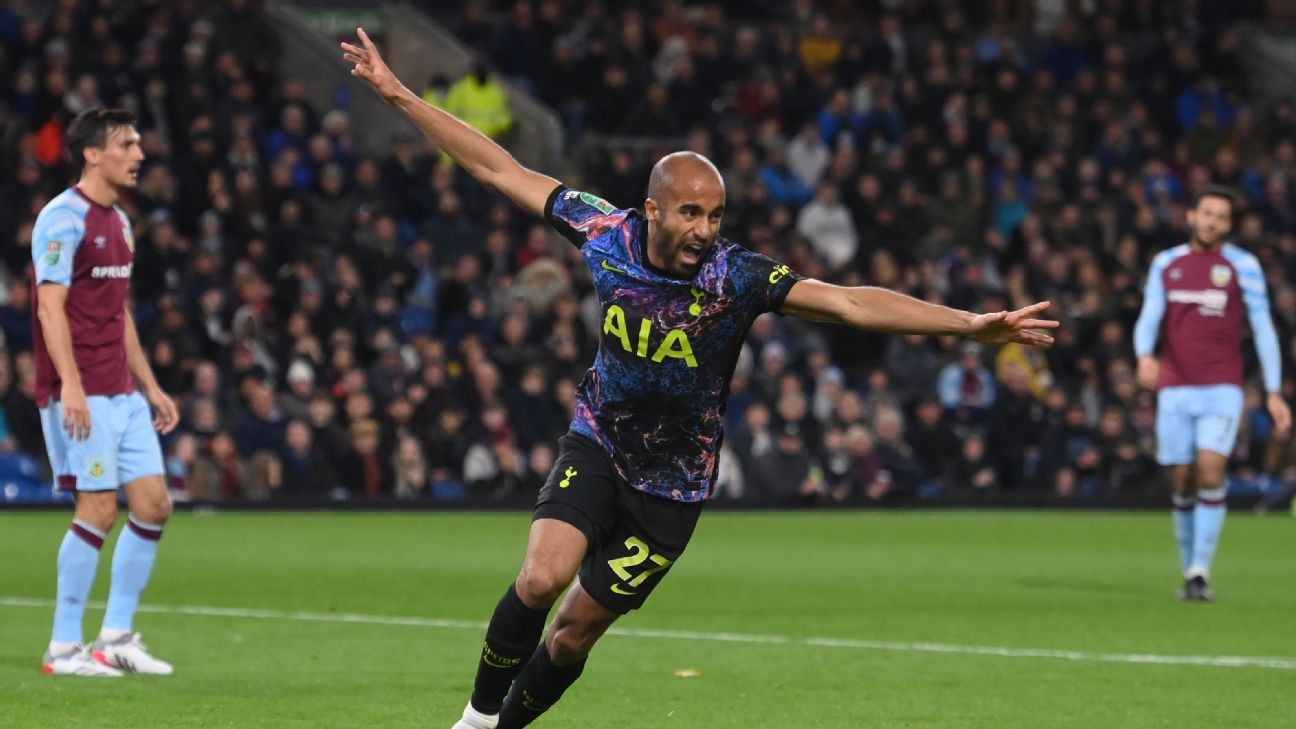 Lucas Moura headed the winner as Tottenham Hotspur beat Burnley 1-0 to book their place in the Carabao Cup quarterfinals.

The score came in the 68th minute when Moura latched onto Emerson Royal's pass that scooted past Burnley goalkeeper Nick Pope.

It was a relieving victory for Spurs boss Nuno Espirito Santo, whose side entered the match at Turf Moor on a two-game skid, ahead of a clash with Manchester United this weekend in League play.

"Defensively we were spot on," said Nuno. "It was tough, what we expected, but we played a good game, controlled the game, had good possession and created chances.

"It was a deserved win. It is about managing all situations, we are in the competition and did our job in a very nice way so we must congratulate our players."