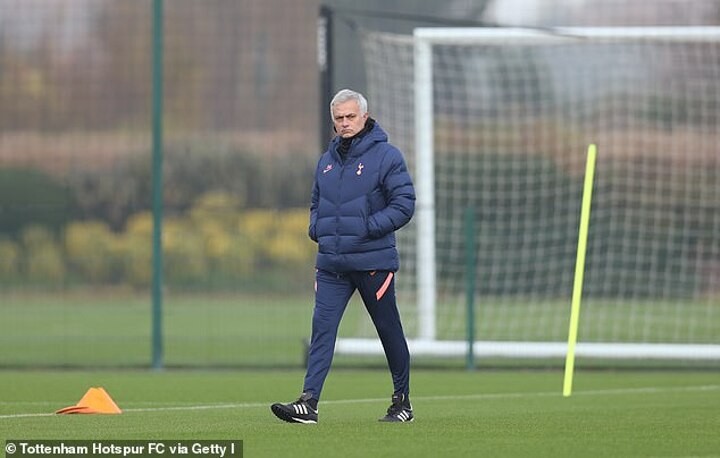 Jose Mourinho launched the Premier League mind games with Frank Lampard by insisting the title pressure should be on big-spenders such as Chelsea and not on him at Tottenham.

Mourinho said he knows how it feels to work under great expectations, after two spells with Roman Abramovich and top jobs at Manchester United, Real Madrid and Inter Milan.

Chelsea became the first English side to spend £230million in a single transfer window this year, an outlay that followed a transfer ban and the sale of Eden Hazard to Real Madrid in a deal worth up to £150m in the previous summer.

Lampard responded to Mourinho by saying: ‘If you look at the spending over the last couple of seasons, what Tottenham did in the summer I came to Chelsea and what they’ve done in this break, compared to us, you will see it has been very similar.

‘The only thing that will get you success is hard work. The pressures are huge anyway. The pressures at Tottenham will be big, because Jose built a fantastic squad and has incredible players.

‘It’s very comparable if you look at the spending for sure, since I have been at the club.’

Mourinho, however, insisted: ‘I’ve been at Chelsea and I know the difference. I enjoyed this first market with Tottenham.

‘I enjoyed the kind of wise market where with less money you try to give a good balance to the team, not to make mistakes, choose the right guys. And I am really happy with what we got. Every one of them is answering well and giving his best.’

Tottenham spent about £75m in total on Sergio Reguilon, Matt Doherty, Joe Rodon and Pierre-Emile Hojbjerg, who has proved a bargain at £20m from Southampton. They also converted Giovani Lo Celso’s loan from Real Betis into a permanent deal and signed Gareth Bale and Carlos Vinicius on loan.

Spurs start the weekend on top of the Premier League and, after last weekend’s victory over Manchester City, supporters are daring to wonder about the chance of a first title for 60 years.

‘We just want to try to win the next match and nothing more than that,’ said Mourinho.

Mourinho has not won at Chelsea in five attempts since he was sacked for the second time by Abramovich, almost five years ago. He lost three and drew one with Manchester United and Lampard’s team beat his Spurs in February.

‘Just another game for me,’ he said at the prospect of another duel in SW6, where he was once a hero. ‘No problem at all.’