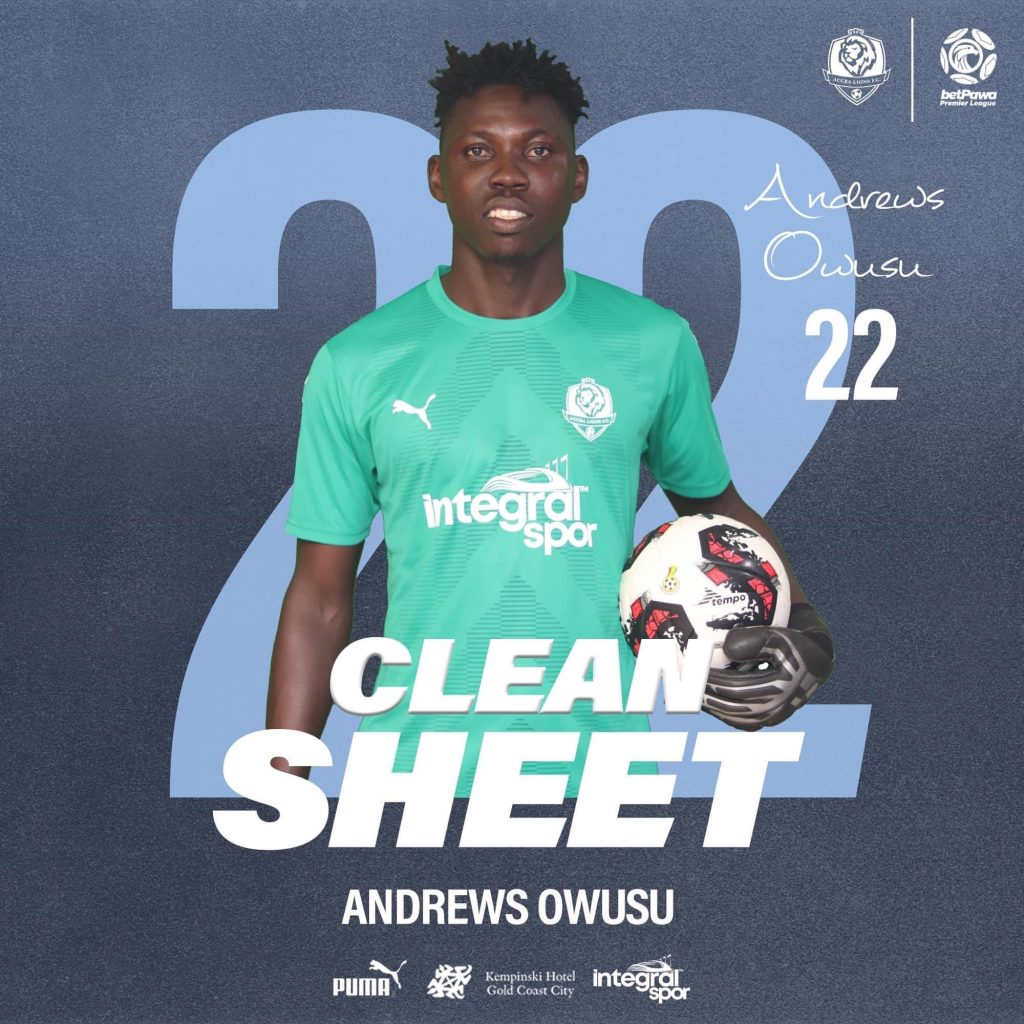 Accra Lions FC goalkeeper Andrews Owusu has an enviable record of NOT conceding a goal in his entire Ghana Premier League career so far.

The young gloves man has produced shutout performances in all the five matches he has under his belt.

No goalkeeper has ever enjoined such feat in the Ghana top-flight.

Owusu played one match in the 2021/22 season against Legon Cities at Accra Sports on 9 May 2022 and he did not concede.

Lions won the match 1-0 thanks to a Seidu Basit goal.

In the 2022/23 season, this term, he has been between the sticks for four matches [ against Tamale City, Dreams FC, Nsoatreman and Bechem] but he is yet to pick up a ball from his net.

He remains a key reason why ALFC top the Ghana Premier League table after six rounds of matches.

Owusu will come under severe scrutiny when Lions host giants Hearts of Oak on Thursday, 17 November 2022.