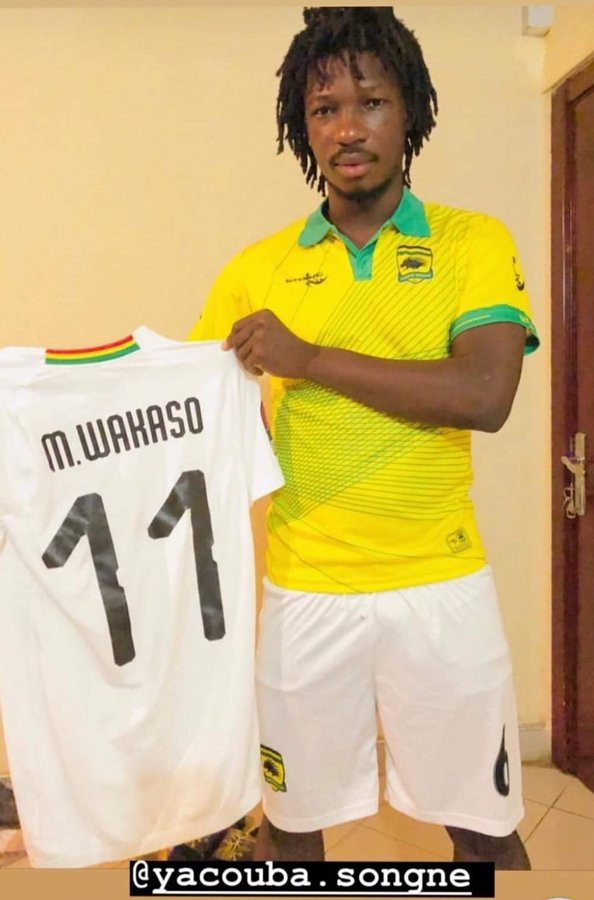 Wakaso is a big fan of the forward and has in the past donated a pair of boots to the striker following his exploits in the CAF Confederation Cup last season.

The 27-year old striker was happy by the kind gesture and shared on social media the jersey he received from Wakaso.

Sogne Yacouba returned to Ghana few weeks ago after spending about 8 weeks in his native due to disagreements with the Reds.

The ex-Stade Malien forward is belived to be unhappy after several offers were rejected by the management of Asante Kotoko for the services of the forward.

However, early this week the player and management of the club have ironed out their differences and the striker is set to sign a new deal.

He is expected to play in the Prersident Cup against Hearts of Oak on Sunday as well as prepare for the mammoth CAF Champions League game against Etoile Du Sahel next week.