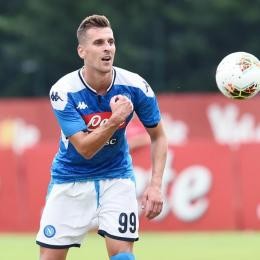 Together with teammate and countryman of his Piotr Zielinski, Polish international striker Arek Milik (25), in talks with Napoli on a new long-term, has reportedly just asked the club for a salary raise. Playing for Azzurri since 2016/17, former Ajax and Levekusen hitman, coming from a troubled season start, during which newcomer Fernando Llorente has mostly taken over his first striker spot, is earning a 2.5 million euros per-season wage, at the time.