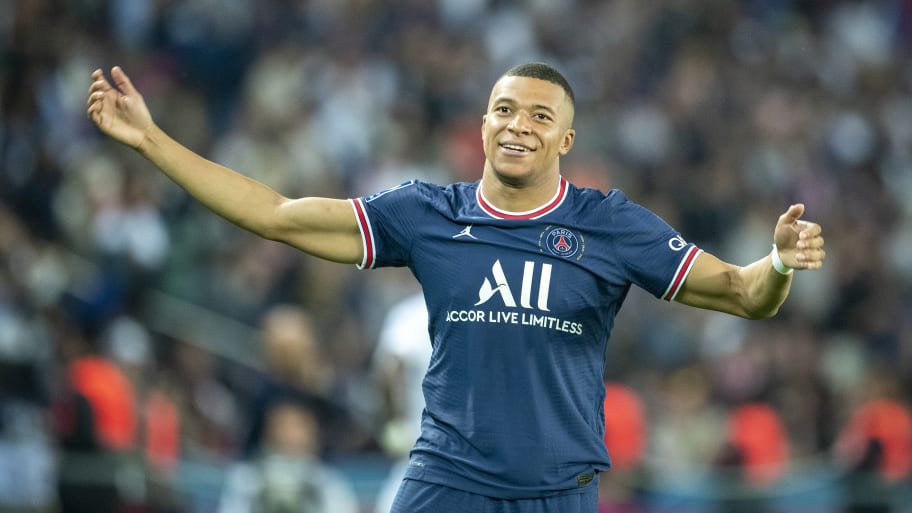 Paris Saint-Germain president Nasser Al-Khelaifi has revealed he had no problem rejecting Real Madrid's €180m bid for Kylian Mbappe last summer because he always knew the forward wanted to stay in France.

Real pushed hard to sign Mbappe in 2021 and their decision to bid €180m for a player who had 12 months left on his contract raised a few eyebrows, but PSG surprised many when they turned that down in favour of battling to tie Mbappe down to a new contract.

It had appeared as though Al-Khelaifi's efforts were going to be for nothing as Mbappe seemed close to joining Real earlier this year, but the 23-year-old made it all worth it when he put pen to paper on an enormous three-year contract to remain at Parc des Princes.

Speaking to Marca, Al-Khelaifi argued that he always felt confident that a positive resolution would be found.

"I have great respect for Real Madrid as a club, it's a great club, but Kylian has never decided to renew for the money, that's the first thing," he said. "Madrid's offer was better than ours.

"He is our player and he had other clubs in England as well as Madrid, but he chose PSG and we didn't even speak with him or his family about money until the last minute. Kylian was mainly interested in the project, football and sports. He is Parisian, he is French, and he wanted to stay here to represent his city and his country, his club, and what has been said about him is not fair. For him, money is not the most important thing. He wants to win and he wants a good sports project."

He continued: "I have known for 18 months that Mbappe wanted to stay and he said that whenever we spoke. He heard that in Madrid they said he wanted to play in Madrid, but that wasn't true.

"We're now talking about Madrid's latest offer, but in the summer they made offers of €170m and €180m, which means that Madrid's offer, plus salary, was already better than ours. I turned down €180m and they told me I was crazy, people I trusted, because he could go for free, but I did it because I was sure that Kylian was going to stay, because I know him and his family well. I know what he wants.

"Kylian is very serious, professional, and what he wants is to win and play. He doesn't care about money. I understand that Madrid are disappointed, but it's not fair to say that about Mbappe."

Al-Khelaifi, who also confirmed that Zinedine Zidane would not be joining as the new manager, then refused to give a concrete response when asked whether Neymar is part of the club's plans.

"We cannot talk about these issues in the media, some will come and others will go, but they are private negotiations," the president said.