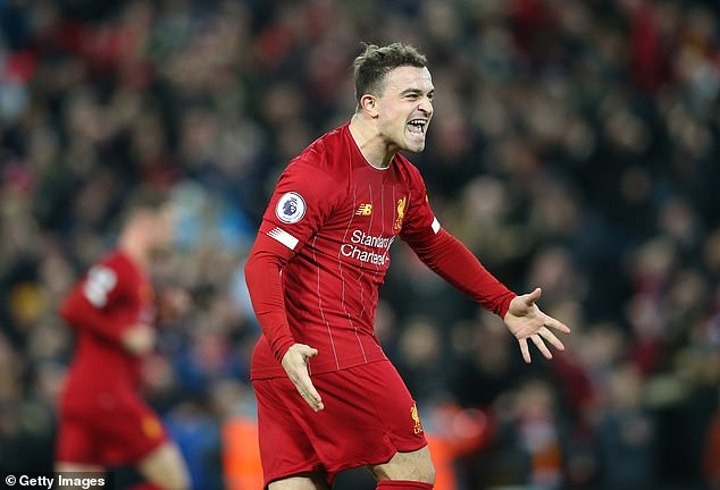 Newcastle have identified Xherdan Shaqiri as a potential major signing this summer by capitalising on his lack of game time at Liverpool.

Shaqiri, the Switzerland international, was a left-field addition to Jurgen Klopp’s squad two years ago and he played a significant part in his first season at the club, as he helped Liverpool win the Champions League.

It was not so straightforward for Shaqiri in the current campaign, however, as a combination of fitness issues and a lack of starting opportunities have limited him to just 10 appearances – the last of which was as an 89th minute substitute at Tottenham on January 11.

Roma and Sevilla both made enquiries for Shaqiri during the January window but Liverpool were reluctant to let the 28-year-old leave on loan, as they were still involved in three competitions at that particular time.

They will not stand in his way when the new window opens later this year and Newcastle, who are in the process of potentially being taken over by Saudi Arabia PIF, have made contact with his representatives to sound him out over a move to the Northeast.

Shaqiri, who cost Liverpool £13.5million, has three years remaining on his current terms but he is expected to be part of a cull, particularly as Liverpool signed the similarly versatile Takumi Minamino from Red Bull Salzburg in January.

Adam Lallana will also leave this summer, with Leicester City hot favourites to sign the England international on a free transfer. There is also interest from Burnley but all the indications are that the 31-year-old will reunite with his former manager Brendan Rodgers.

Lallana’s contract expires on June 30 but it would be inconceivable to think that Liverpool would let a player whom Jurgen Klopp hugely admires walk away at that date, not least as the campaign is only likely to be just restarting at that date.

There have been no discussions, though, on finalising a short-term extension. Liverpool, as Sportsmail reported on April 2, have taken the stance throughout the coronavirus pandemic that all contractual business will remain on hold until there is clarity about the course of the season.