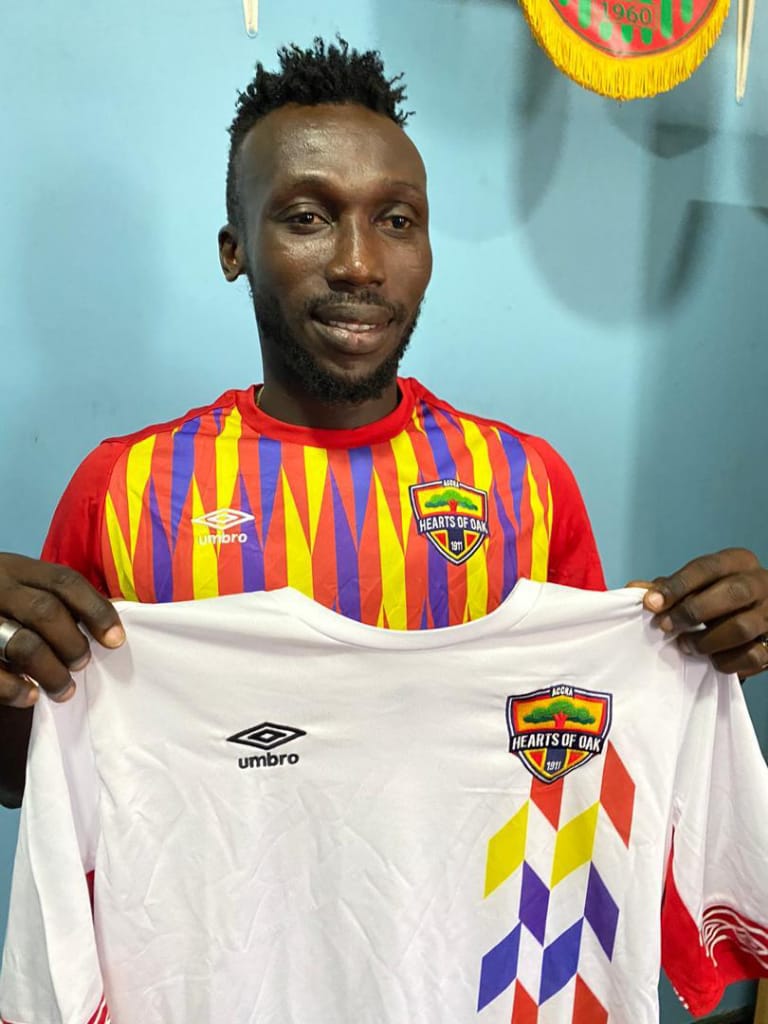 Hearts of Oak new boy Emmanuel Nettey has expressed his desire to etch his name in the club’s folklore.

The combative midfielder signed a two-year deal with the Phobians as a free agent.

Nettey formed a solid partnership with Benjamin Afutu at the heart of the side’s midfield during their famous goalless stalemate against WAFA in Sogakope in midweek.

During an interview with the club’s official mouthpiece, the Nungua-born midfielder thanked the club for giving him the platform to showcase his talent, and indicated his determination to become a cult hero at the club.

The former Inter Allies enforcer is expected to keep his place in the team when they travel to the Karl Reinhorf Park to engage Liberty Professionals in Week 5 of the ongoing Ghana Premier League on Sunday. 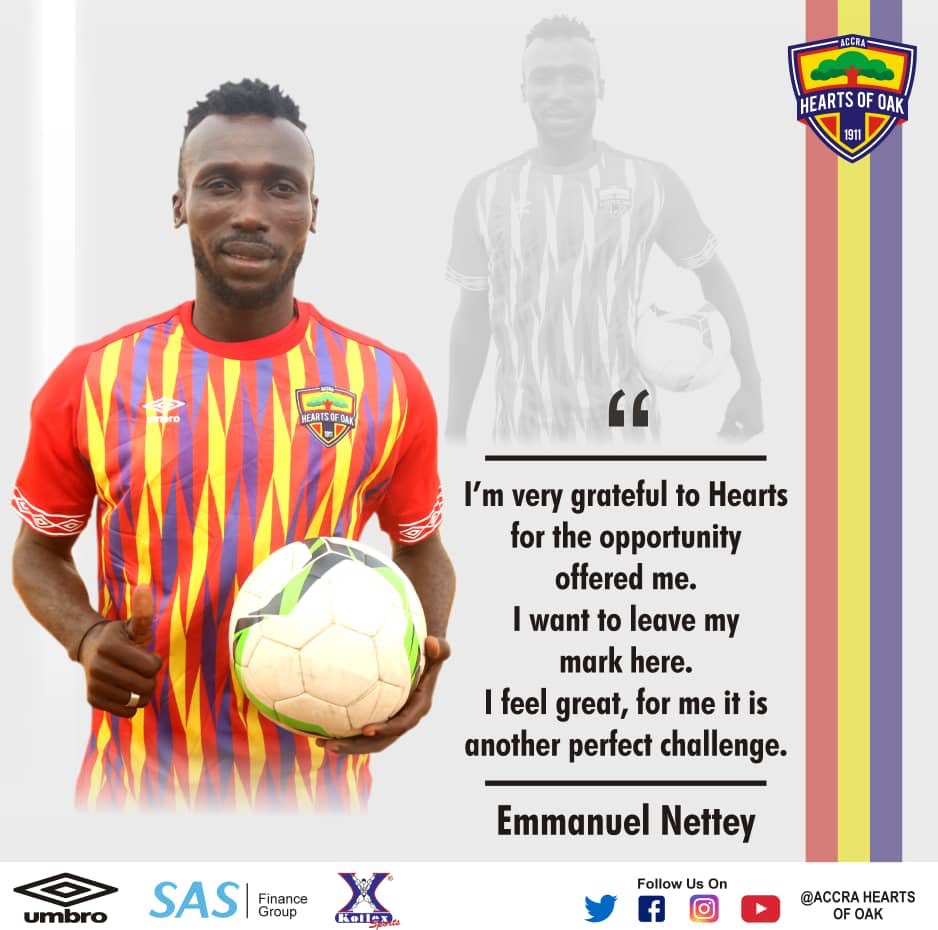