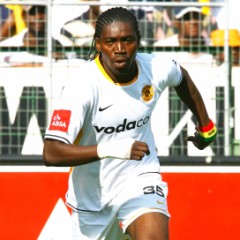 The 23-year-old was axed after failing to impress in two seasons.Quartey, who played for South African side Kaizer Chiefs, was loaned to Turkish second division side Samsunspor last season.

But he also failed to hold down a first team place in Turkey which prompted Nice to release the towering defender.

â€œNice are unhappy about Quartey performances and it is the reason why they have asked him to look for other opportunities,â€ a Nice insider told MTNFootball.com.

Quartey has been left frustrated by the lack of playing time at Nice which prompted his decision to seek the loan move to Turkey.

But the lack of playing time at Samsunspor also affected his national team career as he has not been considered in recent matches.Jonathan Mensah has taken his position as the substitute for the central defensive pair of Isaac Vorsah and John Mensah.

Quartey joined Nice from South African side Kaizer Chiefs but has not been given much playing time in the French league.