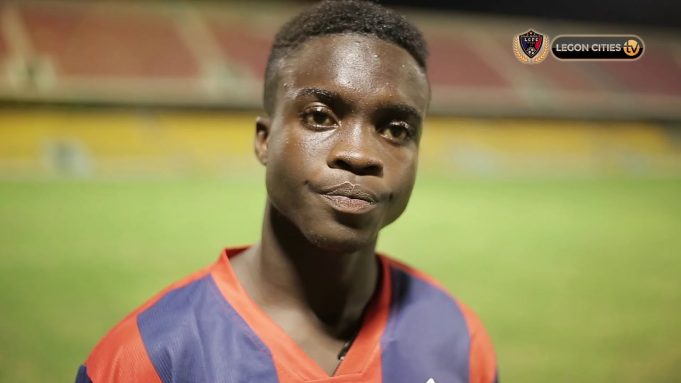 A decision has not been made concerning Mathew Anim Cudjoe's future, with his Legon Cities loan deal nearing expiration.

This was revealed by the winger’s manager Samuel Anim Addo.

Cudjoe's deal with the Accra-based club will expire at the end of the season.

“I have not taken any decision yet, but I will let you know once any new decision is taken regarding the player’s continued stay with the club,” he told Graphic Sports.

Cudjoe, a U20 Afcon winner, joined the Ghana Premier League side at the start of the season.

It is believed Cudjoe was included in Asamoah Gyan’s mega transfer to the club.

The youngster, has, however, had a quiet season, with regular game time at a premium despite excelling in his loan spell with Kotoko last season.

Cudjoe has made 10 league appearances and scored just one goal for coach Bashir Hayford's side.

The 17-year-old went on trials at Bayern Munich in February last year.