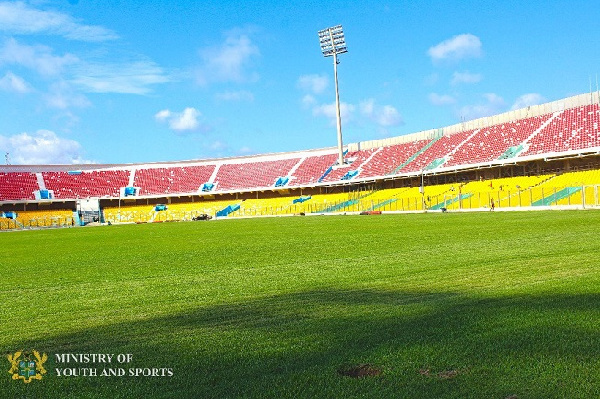 The National Sports Authority has approved Asante Kotoko's request to use the Accra Sports Stadium for their home games.

Kotoko had to make the decision to play in Accra after the Sports Ministry and the NSA closed the Baba Yara Sports Stadium for renovations work.

Works have already started at the Baba Yara Sports Stadium, which will host this years Independence celebrations.

“The closure is to enable the NSA and Ministry of Youth and Sports to have ample and uninterrupted time to fix critical places of the stadium before the celebration of Ghana’s 63rd Independence Anniversary Celebration,” a statement from the NSA read.

“We chose Accra over other places due to the fact that we believed we have a lot of supporters in the Greater Accra region and in terms of travelling we felt Accra is the most convenient place” he told Kumasi-based radio station Ashh FM.

“We are not bothered by the fact that Hearts of Oak plays at that same venue, we believe we can survive there.”