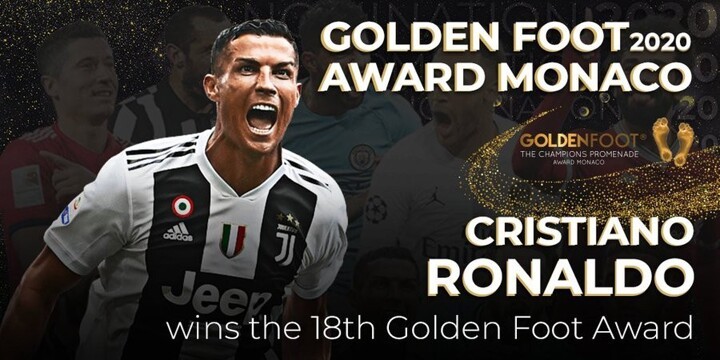 Cristiano Ronaldo won 2020 Golden Foot award. the champion of Juventus of Turin and the Portugal team receives the most votes from football fans around the world.

The Golden Foot award is an international football award, given to players who stand out for their athletic achievements (both as individuals and team players) and for their personality. The award is only given to active players of at least 28 years of age, and can only be won once.