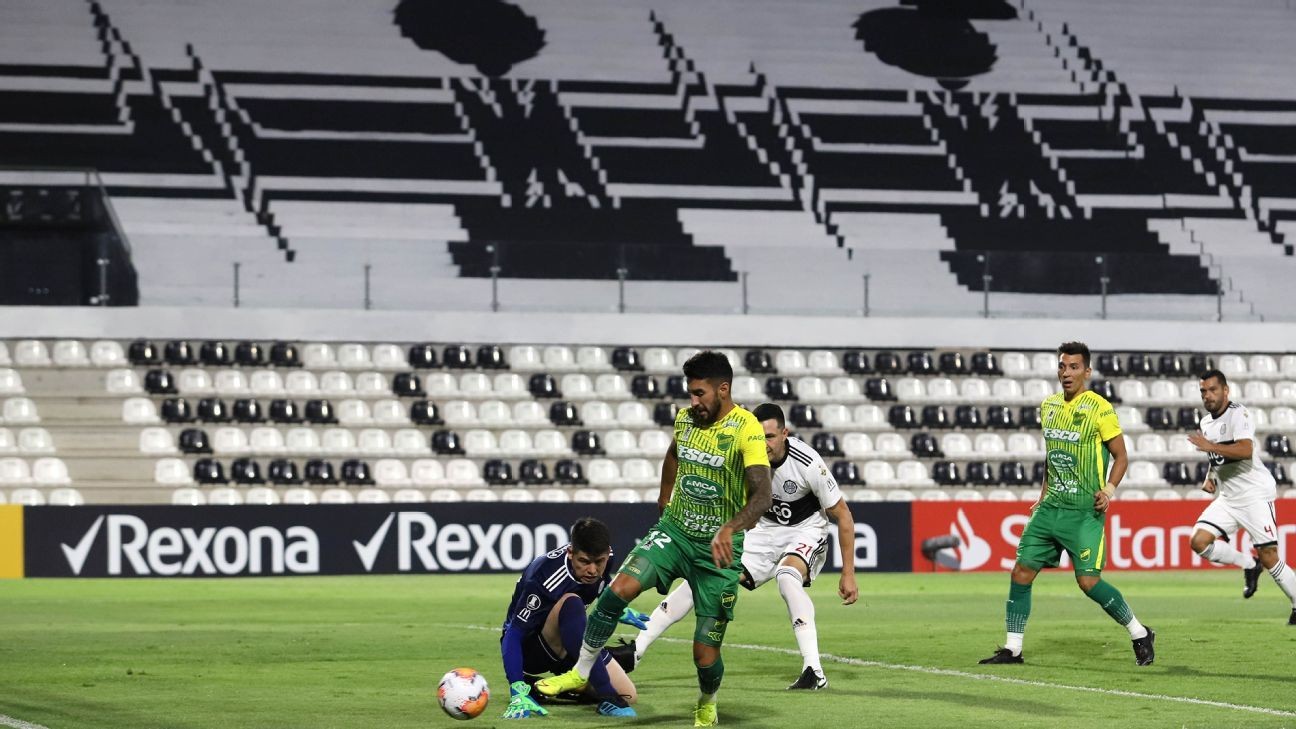 In the last three years South America's equivalent of the Champions League, the Copa Libertadores, has been expanded. Instead of being squeezed into a few months it is now played throughout the calendar year. It is a move which undoubtedly boosts the big clubs from the biggest leagues, the ones best able to strengthen their squad in the course of the competition. And yet, in this time, the country which has had fewest clubs eliminated at the group stage is neither Brazil nor Argentina, it is little Paraguay.

In the last three campaigns just one Paraguayan club has fallen in the group phase. And before the corona virus interruption, the county's three representatives had made a sound start to the 2020 competition. Libertad had won both their matches, Olimpia managed a win and a draw and tiny Guarani, who amazingly knocked out Brazilian giants Corinthians in the qualifying round, have one win and one defeat.

Paraguay's clubs so often punch above their weight. That is one reason to pay attention to the Paraguayan league when it resumes on Friday. Another reason is that is the only game in town; this is the first national league to get going in South America, which is a prize for a job well done.

The country was suffering from an outbreak of dengue fever, and its health system was struggling to cope. So when the threat of coronavirus appeared, action was quickly taken. Paraguayan football was being played behind closed doors in early March. Borders were closed, social distancing introduced and the results are clear. True, Paraguay is a relatively small and isolated land, but even so a total of 27 coronavirus deaths is testament to an efficient response, one which makes the return of football, still without fans in the stadium, uncontroversial.

The Paraguayan league was already being played behind closed doors before coronavirus. Luis Vera/Getty Images

The health and football authorities continue to take the situation seriously. The first game back, kicking off the ninth round, should have been on Friday afternoon between General Diaz and Sportivo San Lorenzo. But a problem emerged. General Diaz played a friendly using match officials who had not been vetted by the local football association, and had therefore not been subject to the health protocol. For this lapse the General Diaz players had to be tested once more for the virus, and the game was postponed. That means the opening match will be the early evening clash between Sportivo Luqueno and Olimpia.

Three times Libertadores winners, Olimpia are known in Paraguay as "the cup kings." Unfortunately, their intriguing strike partnership of veterans is no more. The South American adventure of Emmanuel Abebayor proved brief. He played just four matches before the shutdown, upon which he returned to Togo.

With belts now being tightened his contract has been rescinded. The evergreen Roque Santa Cruz remains, and he has enjoyed a splendid late career spell with the club where he started some 22 years ago and he is joint top scorer in the league. But a nagging injury has struck, and he too will be missing from Friday's fixture. And highly rated 18-year-old Erik Lopez will not be available to replace him, snapped up by Atlanta United of MLS.

This combination of veterans and youngsters makes the Paraguayan championship intriguing. Ten years after reaching the 2010 World Cup quarterfinals, where Paraguay gave eventual winners Spain an intense battle, several members of that squad are still playing back at home. In addition to Santa Cruz, Olimpia also have former Premier League centre-back Antolin Alcaraz. Historic rivals Cerro Porteno have bustling striker Nelson Haedo Valdez (though he too is injured and not set to play in the first game) and holding midfielder Victor Caceres. Another midfielder, Cristian Riveros is at Nacional. Guarani have left-winger Edgar Benitez and another interesting youngster in the strong attacking midfielder Rodney Redes, soon bound for Austin FC. And league leaders Libertad have two veterans, centre-back Paulo Da Silva and centre forward Oscar Cardozo.

It is the 21st century emergence of Libertad that has made the championship so interesting. Historically the title has often been a two-horse race between Olimpia and Cerro Porteno. Olimpia have won 44 league titles and Cerro Porteno 32. Guarani and Nacional have 11 and 9 respectively, but most of them are from the distant past.

Libertad, on the other hand, have come through strongly in the last two decades, and can now boast 20 wins. Coached by Argentine legend Ramon Diaz, Libertad have a five-point lead at the top of the table, and are the team to beat now that the ball is ready to roll once more in Paraguay.