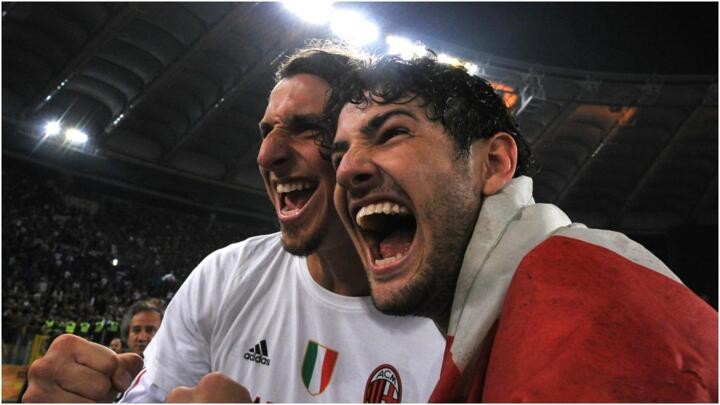 Alexandre Pato, who starred as a teenager for the Rossoneri, feels he could still do a job in Serie A if he returned to San Siro at the age of 31.

Alexandre Pato dreams of returning to Milan and suggested he and Zlatan Ibrahimovic could again form an effective strike partnership at the Rossoneri.

Brazilian forward Pato arrived at San Siro as a prodigious teenage talent from Internacional in August 2007 and initially flourished for Milan.

Having not been able to make his debut until the following January, Pato scored nine goals in 18 Serie A appearances and followed up by scoring 15, 12 and 14 in the next three league campaigns.

In the latter season (2010-11) Pato helped Milan to Serie A glory, the last time the Rossoneri were crowned champions in Italy, playing alongside Ibrahimovic.

Pato's Milan career stagnated from there partly due to injuries, returning to Brazil with Corinthians in January 2013, while he later had spells at São Paulo, Chelsea, Villarreal and Tianjin Tianhai.

After his spell in China ended, Pato went back to São Paulo but terminated his contract in August and is now without a club.

Now 31, Pato is convinced he could still play in Italy and would love another spell at league leaders Milan, where Ibrahimovic is flourishing at the age of 39 having rejoined last January.

Pato: "It would be a dream to be able to return to Milan"

Asked by Gazzetta dello Sport if he still had nostalgia for Milan, Pato replied: "Sure, how could I not have it?

"We are talking about 150 games, 63 goals, a Scudetto and a Super Cup. It would be a dream to be able to return to Milan, which is in my heart.

"I hear that in Italy there may be clubs interested in me. But I would like to make it very clear that at 31 I am not looking for a bank account contract, but for a project that I like. If it had been for the money, I would have stayed in China.

"My body is fine, I'm fine, and my head is different than when you met me. I know what I can give and what I have to do: will is everything and I have it.

"I see Europe in my future, especially Italy. In Serie A I think I can still stay and do very well."

Ibrahimovic has 10 goals in just seven Serie A appearances this term, having missed games due to coronavirus and injury, and Pato was asked about playing with the Sweden great again.

"I would say yes, what's the problem? But I wouldn't simply come to be a deputy: I would play, a couple of games would be enough to convince the coach," Pato said with a laugh.

"No come on, let's say that maybe with Ibra we could play together. We would be a great couple."