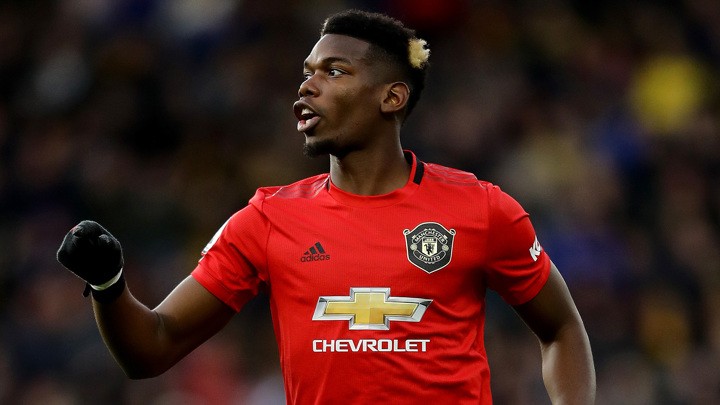 Manchester United manager has hit out at Paul Pogba's agent Mino Raiola, claiming the player belongs to the club and not him.

The star midfielder has been sidelined since December 26 with a foot injury and has made just seven Premier League appearances for the Red Devils this season.

As Pogba edges towards full fitness, his agent Mino Raiola turned heads recently by saying the player "wouldn't mind" moving to Juventus in the summer.

Solskjaer has however stressed the 2018 World Cup winner is fully focused on returning to action for United as he looked to shut down speculation sparked by Raiola.

"I've not spoken to Mino that is for sure. And, no, I haven't sat down and told Paul to tell Mino what he should say. Paul is our player and not Mino's," Solskjaer said.

“Well of course I’d like to say that as soon as he gets fit he’ll be good enough to play and I’m sure Paul’s desperate to play for us again.

"As a player the last thing you want is to be is injured and not being able to contribute to your team.

“It’s a difficult period in your career [being injured] but it is part and parcel of being a player – so I’m not going to give you a headline that his season has been such and such.

"He’s started running on the treadmill so he’s getting closer – it’s been a long haul so hopefully we can see him back soon.

“Paul’s an important player for us but we learn so much about the others as well. Some of the players have really stepped up and taken on responsibility and shown what they can be and what they are for Man United. It’s unfortunate if you get one of your best players injured of course, but that’s just part of it, part of being here.

"I can’t feel sorry for myself because we’ve had all these injuries – we’re building a squad that can cope with this.”

Pogba will once again be absent as Solskjaer's side tackle Chelsea at Stamford Bridge on Monday night.

The Red Devils are currently ninth in the Premier League, six points shy of their fourth-placed opponents, making a positive result on the road vital.