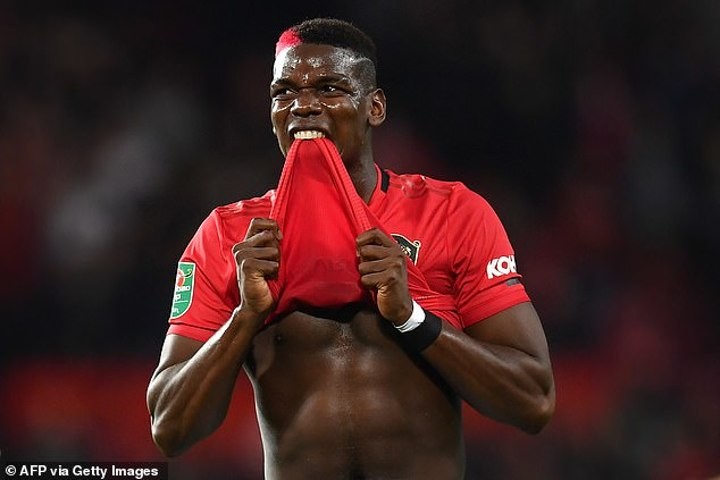 Paul Pogba needs to prove he's worthy of a place in the Manchester United midfield when the season resumes, according to Old Trafford legend Paul Scholes.

The France midfielder hasn't played for Ole Gunnar Solskjaer's side since Boxing Day and underwent ankle surgery in January.

Now back to full fitness, Pogba will be hoping to win his place back in the United side when they play their first Premier League match back at Tottenham Hotspur on June 19.

But Solskjaer's side were on an 11-match unbeaten run in all competitions when the season was suspended in March, with the likes of Fred, Scott McTominay, Nemanja Matic and January signing Bruno Fernandes performing well in midfield.

And Scholes believes Pogba will have to prove himself all over again to win back his place.

'Paul has got a little bit of work to do to get into the team,' Scholes told a MUTV group chat as reported by the Daily Mirror.

'Before the outbreak happened and the stop happened, you have to say that the players that were playing - Nemanja Matic, Scott McTominay and Fred - they were really doing well in midfield.

'It's not going to be straightforward for Paul. He's got some work on his hands just to get back into the team.

'But we all know what Paul is capable of. He's a top player when he's on form.

'The better players you play with - surely that can only be to the benefit of the team.'

Pogba, 27, has only played 610 minutes of football for United during an injury-ravaged season, completing a series of games right at the beginning of the campaign and two over Christmas.

The suspension of football due to the Covid-19 outbreak has allowed the World Cup winner to recover full fitness and United fans are now eager to see if Pogba can work effectively with £46million January signing Fernandes.

Scholes believes that Fernandes, who has three goals and four assists in nine games, can have the same impact at Old Trafford as David Silva had at Manchester City.

'Sometimes it just takes one player to turn a team around and knit a team together,' Scholes said.

'I don't like talking about City, but you think of David Silva - that player that links all the play together, and I think we've found him in Fernandes. He's totally transformed the team.

'He's fitted in straight away. Nemanja Vidic and Patrice Evra really struggled for the first six to eight months. I think they signed in January.

'It wasn't until the season after when they really got used to it and picked up and went on to have really amazing careers.

'But this lad, he's picked it up straight away, and it's been a real benefit. I keep saying he's transformed the team, but I really think he has.'