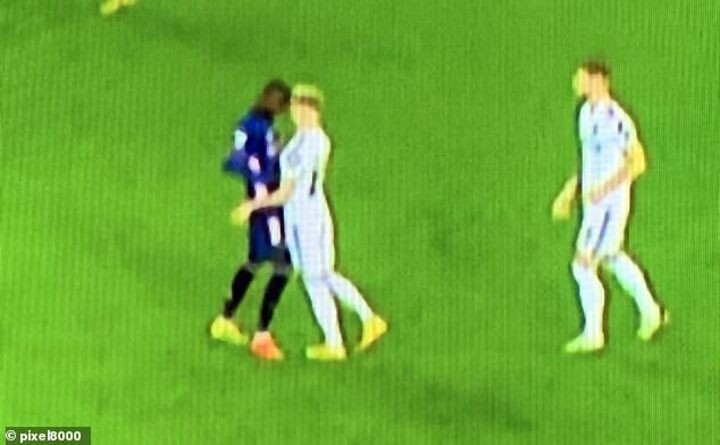 Nicolas Pepe's Arsenal career is yet to take off after his £71million move from Lille in the summer of 2019 and he will need to wait a bit longer before trying to impress after receiving a straight red card for headbutting Leeds United's Ezgjan Alioski early in the second half of their Premier League encounter at Elland Road.

Things boiled after 50 minutes when the pair exchanged pushes before Pepe made the decisive contact, with Alioski quickly falling to ground as Reiss Nelson made his way infield with the ball.

Referee Anthony Taylor stopped play as the North Macedonian stayed down clutching his face and after reviewing the footage on the pitchside monitor, brandished the red card to send Pepe for an early bath.

Predictably, fans were quick to have their say as an avalanche of reaction followed, with 'Ffs Pepe' trending on Twitter.

Gary Lineker and Ian Wright kept it short and sweet:

A quote of Pepe's from earlier this month about playing more was dragged up:

Other Gooners tried to see the funny side despite the exasperating situation:

While Paddy Power were also quick to pile on after Pepe's moment of madness:

Despite being a man down for nearly half the match, Mikel Arteta's men were resolute in defence and held out for a 0-0 draw to move 11th, while Leeds go 14th.

Pepe will now miss the north London derby, along with home matches against Wolverhampton Wanderers and Burnley either side of that pivotal fixture.

Arsenal could progress to the Europa League knockout stages on Thursday if they avoid defeat in Norway against Molde, while Leeds' next assignment is a tough trip to Everton on Saturday.