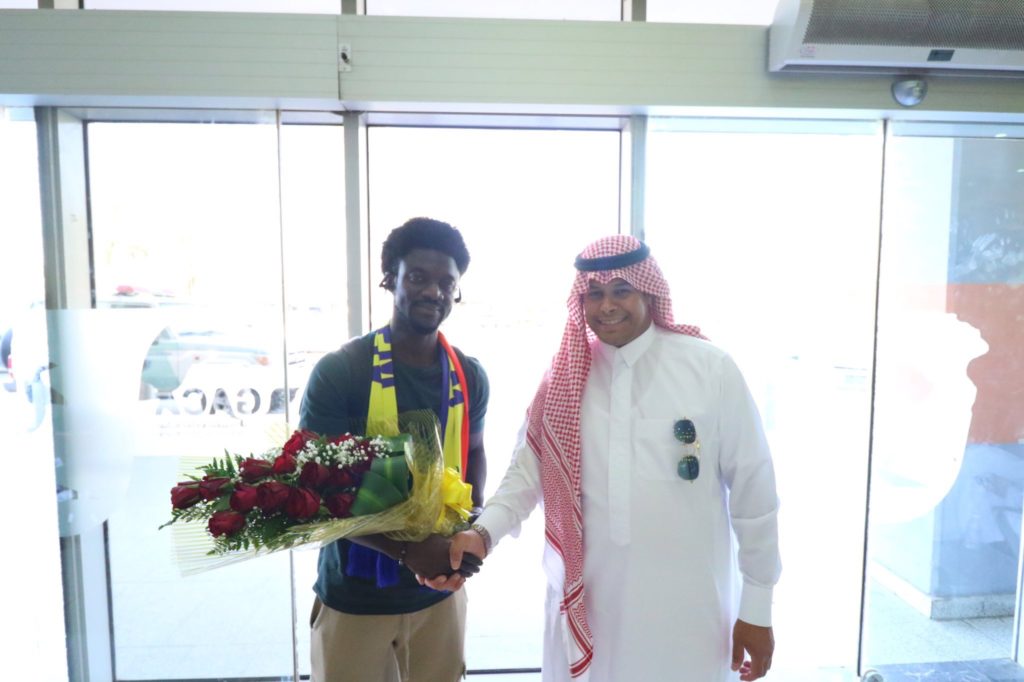 Ghanaian winger Ernest Asante has touched down in Saudi Arabia to begin his Al-Hazem adventure.

Asante signed a two-year contract with an option for one more year from United Arab Emirates outfit Al Jazira where he spent just one season.

The 30-year-old becomes the sixth foreign player in Al-Hazem who finished 13th in the 16 league table in Saudi and needed a playoff to retain their top-flight status.

The speedy wideman landed in the Gulf country on Thursday where he was met by the club’s officials.

Check out the pictures of his arrival below; 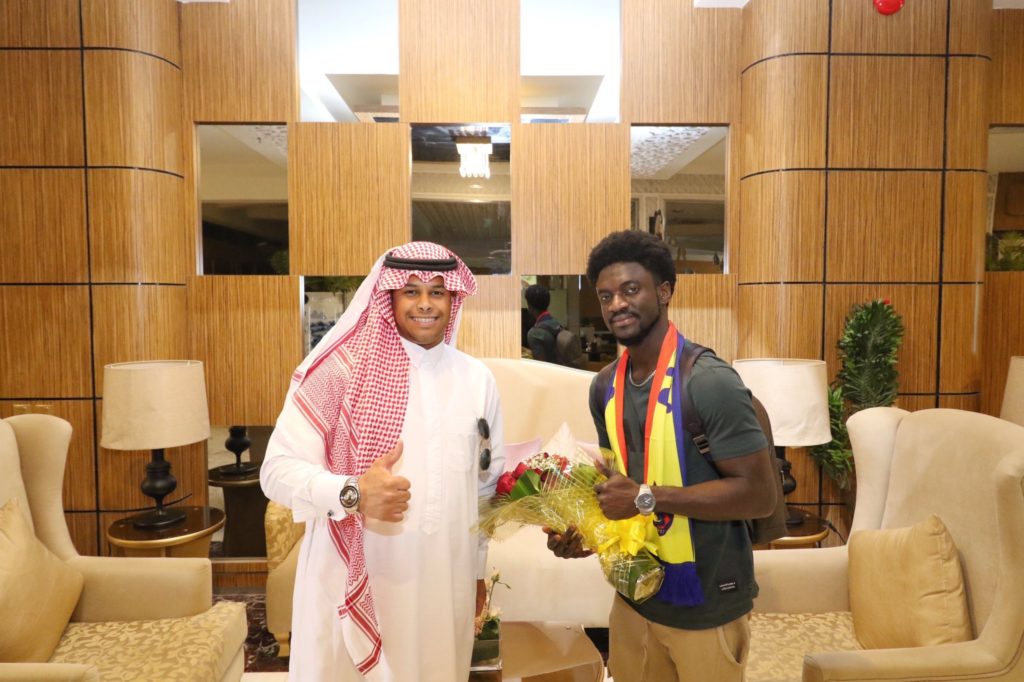 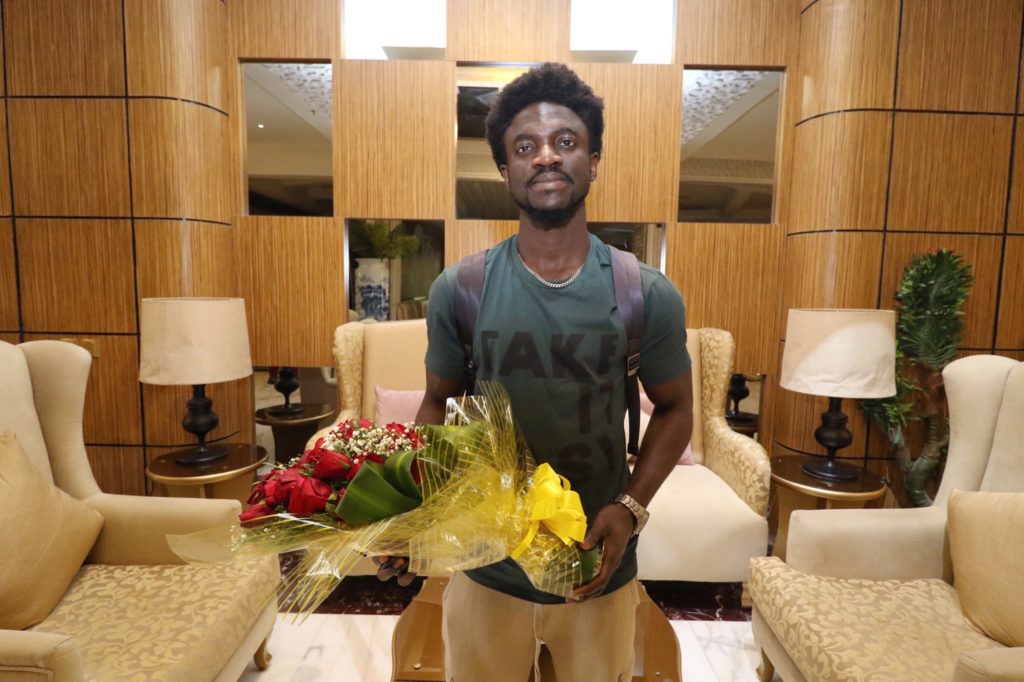 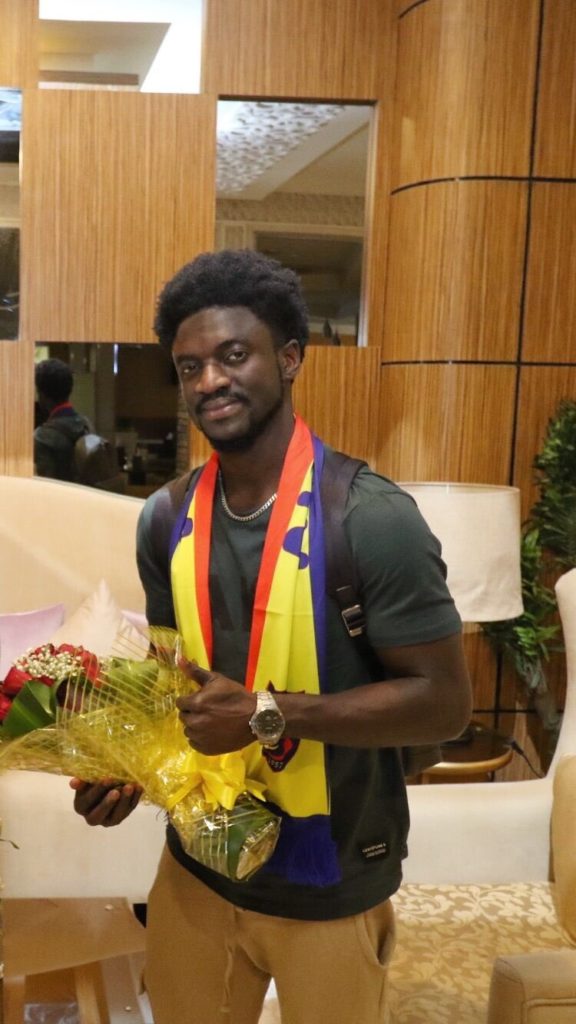