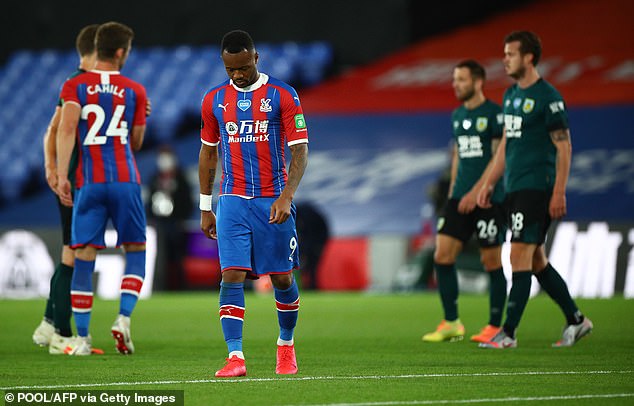 Premier League pundit Ally McCoist insists VAR made the right call not to send Jordan Ayew off after he appeared to have elbowed an opponent in Crystal Palace’s 1-0 defeat to Burnley on Monday night.

Jordan Ayew appeared to elbow Burnley's Josh Brownhill in the face during the match but escaped without a red card after VAR decided not to punish the Ghana striker.

'I think he gave the referee an opportunity to make a decision. It was stupidity, absolutely,' the former Rangers legend said on Amazon Prime Video.

'But where I'm watching it, I think he sticks his arm up. I think he runs into his forearm, I don't think it's an elbow to the face. I understand on another day he could have been sent off.

He added: 'I certainly think he sticks his forearm up and he gives the referee the opportunity to make a decision. I think he is a fortunate boy but I think it was the correct decision.'

His sending off would have been a big blow for Palace who have relied on his consistency throughout the season.

Palace are in contention to qualify for Europe next season thanks to Ayew's goals.

He has scored nine of the 28 goals scored by Palace in the league this season,  the club's top scorer