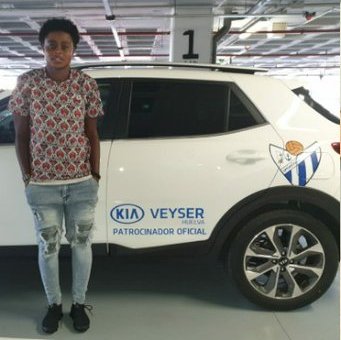 The 20-year-old had her first training session with the team on Thursday evening at la Ciudad Deportiva Decano del Fútbol Español.

Adubea left Accra on Wednesday and was unveiled the following day.

She has been tipped for greatness after her 10 goals helped Ghana qualify for a fifth consecutive FIFA U20 Women's World Cup tournament in 2018.