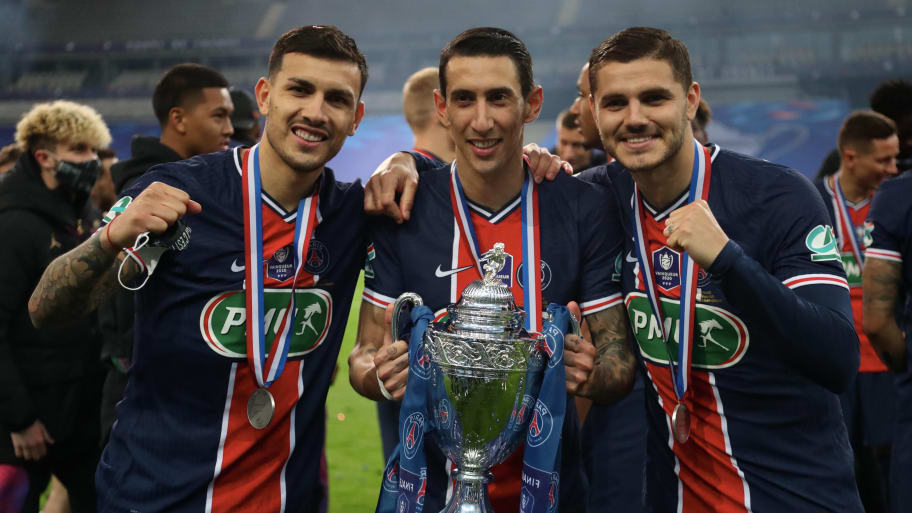 Paris Saint-Germain are open to selling a host of first-team names as they look to fund moves for both Man Utd's Paul Pogba and AC Milan's Theo Hernandez.

PSG have already made a number of shrewd moves this summer, bringing in Georginio Wijnaldum, Sergio Ramos and Gianluigi Donnarumma on free transfers, as well as landing Achraf Hakimi for £55m from Inter and making Danilo Pereira's loan from Porto permanent for £14m.

And it seems Les Parisiens are not finished yet, with blockbuster deals for Frenchmen Pogba and Hernandez on their radar. Man Utd are anticipating an approach from PSG for Pogba, who could be available for a cut price as he enters the final year of his contract, while the Ligue 1 runners-up have already had a €40m bid for Hernandez rejected by the Rossoneri.

However, such has been their outlay on wages and transfer fees amid the financial turmoil of the coronavirus pandemic, it seems PSG will now have to think about selling some of their big names to finance further arrivals.

According to Canal Supporters (via Get French Football News), in their bid to raise funds PSG are open to offers for any player other than those aforementioned new signings and Keylor Navas, Presnel Kimpembe, Marquinhos, Marco Verratti, Neymar and Kylian Mbappe.

Whether all of those names depart remains to be seen, but Mauricio Pochettino is clearly keen to accelerate his extraordinary squad overhaul with player sales. The additions of Pogba and Hernandez would again likely see two very able members of the PSG squad replaced by a pair who are world-class - a trend across the team so far this summer.

The club's hierarchy are clearly not resting on their laurels as they look to reclaim their Ligue 1 crown and secure a first ever Champions League triumph in 2021/22.