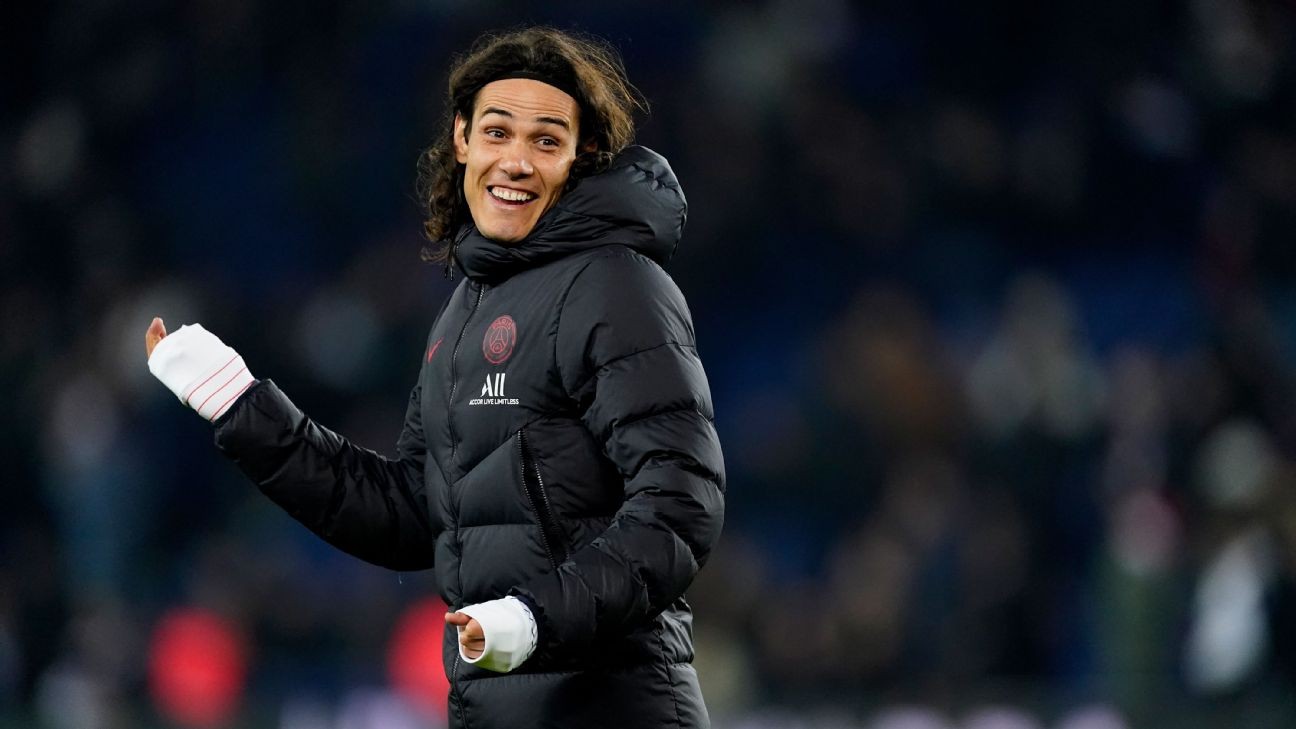 PSG and Atletico Madrid are getting close to an agreement regarding the transfer of striker Edinson Cavani, sources have told ESPN.

The deal is not complete but all parties are optimistic that it will be done in the next couple of days.

Cavani, 33 next month, has been left out of the PSG squad travelling to Lille for their Ligue 1 game on Sunday evening, despite being fully fit after a groin injury.

Sources have told ESPN that despite reports in France, the Uruguay international has not passed a medical at Atleti yet. However, he has already reached a contract agreement with the Colchoneros and is just waiting for the two clubs to do the same.

After their last offer of €10 million a week ago, the Spanish club's sporting director Andrea Berta is still negotiating with his PSG counterpart Leonardo. A new bid of €15m excluding bonuses should be lodged soon and PSG will accept it.

Cavani is out of contract in June after six-and-a-half years at the club. He joined from Napoli for €63m in the summer of 2013 and is the club's record goal scorer with 198 goals in 283 games in all competitions.

He asked to leave after losing his place in the team following the arrival of Mauro Icardi and after picking up a lot of injuries in the last 10 months. Initially, PSG didn't want to let him go but eventually opened the door to a move away from the Parc des Princes after rejecting three Atletico offers.

Sources also confirmed to ESPN that Chelsea made contact with the player's agent and half brother Walter Guglielmone. But the striker only wanted to join Atletico and work with Diego Simeone.

The French champions will try to replace him but are not ready to spend big, sources have told ESPN. Leonardo is considering a few options like Napoli's Fernando Llorente, Valencia's Kevin Gameiro, Chelsea's Olivier Giroud.

Meanwhile, the swap deal between Layvin Kurzawa and Mattia De Sciglio with Juventus should be made official on Monday.

Information from ESPN's Rob Dawson was used in this report.