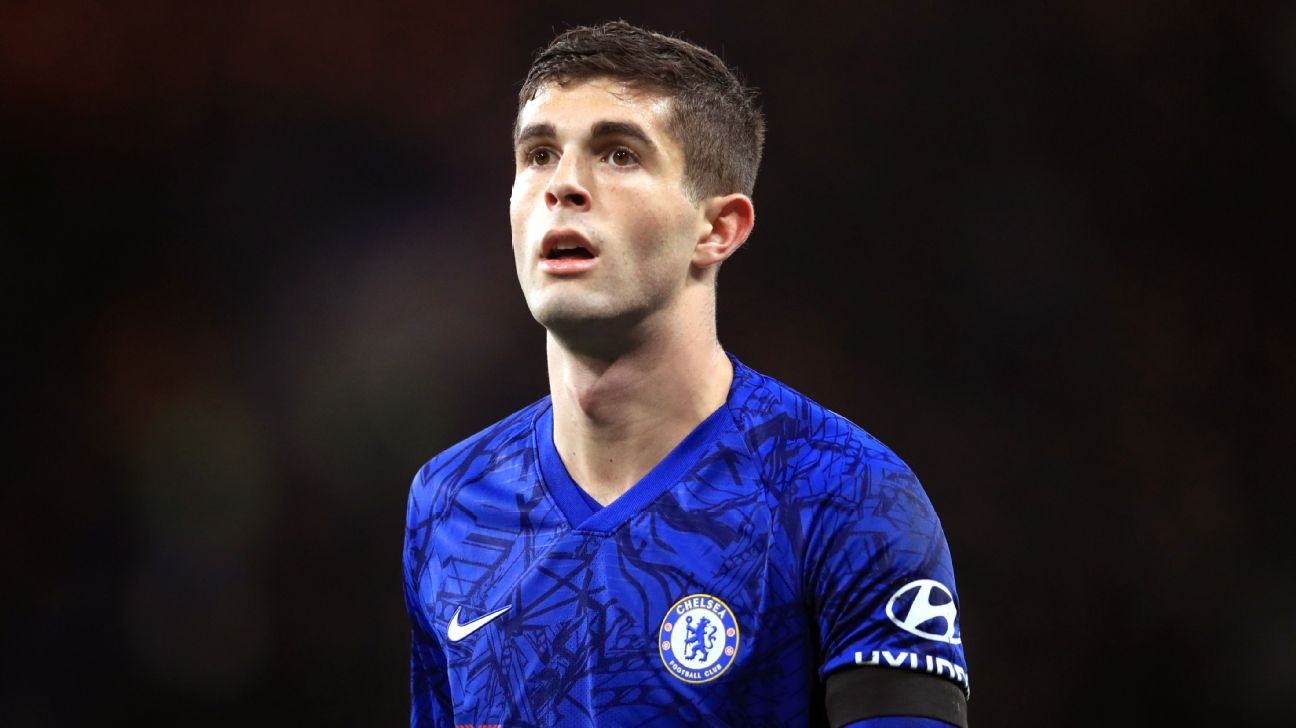 Chelsea manager Frank Lampard has said United States international Christian Pulisic is training with the club's under-23s ahead of his return to the first team.

Pulisic suffered an adductor injury in training in January and had a further setback in early February.

Lampard said the 21-year-old would not be able to play in Chelsea's Premier League clash against Manchester United on Monday.

"Christian trained with the U23s today, so won't be fit," Lampard told a news conference in Friday.

"Ruben [Loftus-Cheek] won't be fit for this game. Tammy [Abraham] is still feeling the effects, to be honest. He trained today, but is to be assessed."

Pulisic last played on Jan. 1 in the 1-1 draw against Brighton.

Lampard also commented on Ajax forward Hakim Ziyech, who like Pulisic plays on the left wing and will join Chelsea at the end of the season in a deal that could cost up to €44 million.

- Transfer Grades: All the big moves rated
- When does the transfer window re-open?
- All major completed transfer deals

"He has the ability to make assists and score goals," Lampard said. "We have had a lot of the ball, but not the final ball. Hopefully he can bring that next season.

"He will have to fit in the way we want to play here, but the quality will hopefully be there to see. I had been watching him a lot. I was impressed against him at Tottenham last season.

"We want to bring in good people and he ticks a lot of boxes. I'm delighted."

Lampard also said the Morocco international's arrival did not guarantee the exits of Willian and Pedro, with whom "conversations are ongoing."