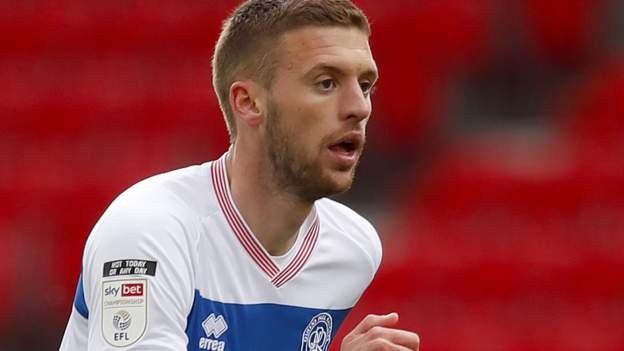 Sam Field signed a three-year contract with Rangers in May, with the club holding an option to extend the deal by a further 12 months

QPR midfielder Sam Field has been ruled out for up to four months after being told he will need knee surgery.

Field, 23, was hurt in training and scans show he has torn the medial collateral ligament in his left knee.

Field moved to Rangers on a permanent basis from West Bromwich Albion for an undisclosed fee in May.

The former England youth international played 19 times for the R's while on loan in the second half of last season, scoring one goal.

"Sam is obviously disappointed but is already displaying a real determination to come back stronger than ever," QPR's head of medical Dr Imtiaz Ahmad told the club website.