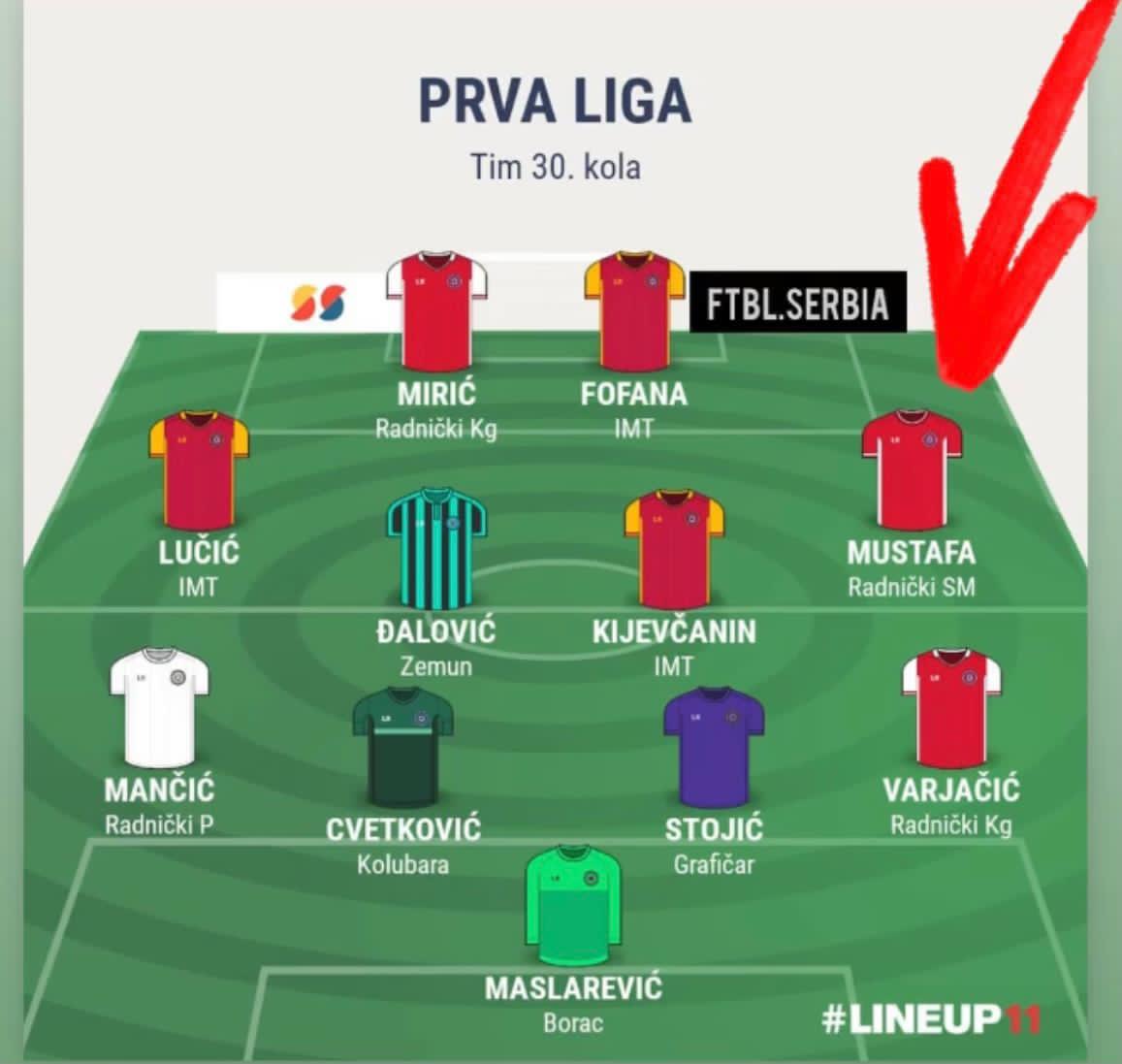 Ibrahim Mustapha in Team of the Week

Ghanaian youngster Ibrahim Mustapha has been named the Serbian Prva Liga Team of the Week.

This was after his impressive showcase last week when he scored for his club, FK Radnički Sremska Mitrovica in their 2-0 victory at home against Zelenicar  .

A win which elevated them to 11th position.

The 19 year old put FK Radnički ahead in the 39th minute to give his club a breather and establish a foothold in the game after intense pressure from their opponents.

Mustapha has played an influential part in Radnički upturn in performance and results. This is his first goal of the season and the fourth consecutive win for Mitrovica.

The former EurAfrica academy product is on loan from Red Star Belgrade and will return to the Serbia giants after his short spell with FK Radnički Sremska Mitrovica.