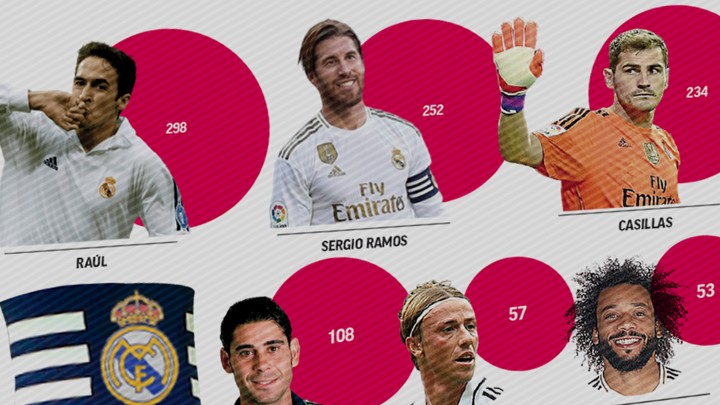 Real Madrid will return to action with the aim of cutting back Barcelona's two-point lead at the top of LaLiga Santander and they'll do so led by Sergio Ramos.

Ramos is a figurehead in the 21st century and has worn the armband for 252 of the 1,089 games the club has played this millennium.

Only Raul has captained the team more, doing so for 298 games.

Ramos is just 46 matches behind and, if he renews his deal, it seems likely he will surpass the figure of 300 games with the armband, a journey which began when he took it from Iker Casillas at the end of the 2014/15 season.

Now the undisputed leader, Ramos has held the position for five seasons, winning 11 trophies, 10 of them with Zinedine Zidane and one with Santiago Solari.

The very first was the Champions League in Milan in 2016 and the latest was the Supercopa de Espana won in January.

In total there have been 27 players to captain the club this century and each is listed below, along with the numbers of times they did so.