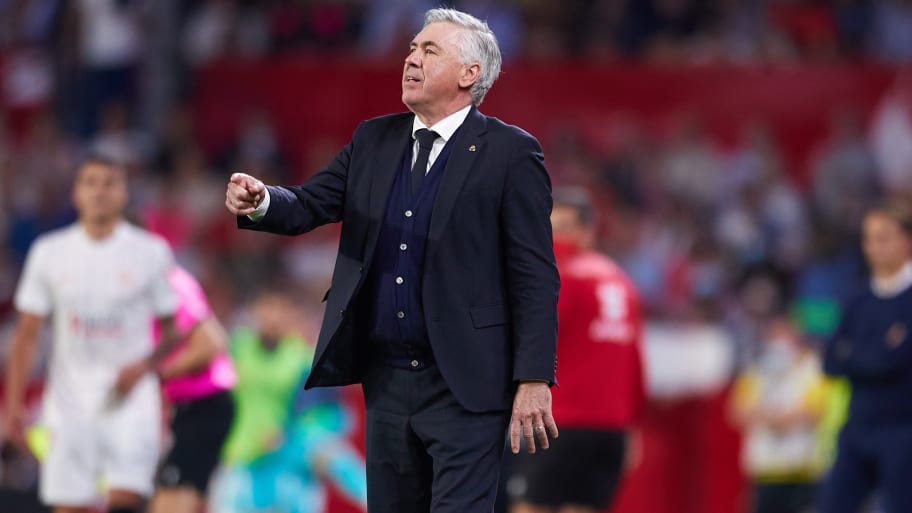 The Spanish Football Federation have confirmed they will bring the La Liga title to the Santiago Bernabeu on Saturday to award it to Real Madrid if they get the point they need against Espanyol.

It's a question of when, not if, Real are mathematically confirmed as champions after Sevilla surprisingly dropped points to Cadiz on Friday. Carlo Ancelotti is hopeful of getting the job done on Saturday in front of a home crowd when 13th-placed Espanyol come to town.

A draw would be enough to ensure Real can't be caught by Sevilla - Los Blancos have failed to beat Espanyol just twice in their last 17 meetings - and the RFEF have confirmed that they'll get to lift the title after the game if they get the result they need.

"A delegation from the RFEF led by the president, Luis Rubiales, will attend the Santiago Bernabeu stadium this afternoon for the match between Real Madrid CF and RCD Espanyol," a statement read.

"In the event that Real Madrid are proclaimed mathematical champions, they would receive the trophy that accredits them as such at the end of the match.

"If this is not the case, the RFEF will deliver the trophy once the day in which the champion was proclaimed has concluded."

Should Real fail to pick up a point against Espanyol, their next chance to cement the title will come at the Wanda Metropolitano against fierce rivals Atletico Madrid next weekend - a game and stadium they'd arguably prefer to get the job done in.

This article was originally published on 90min as Real Madrid: RFEF ready to award La Liga title after Espanyol game.