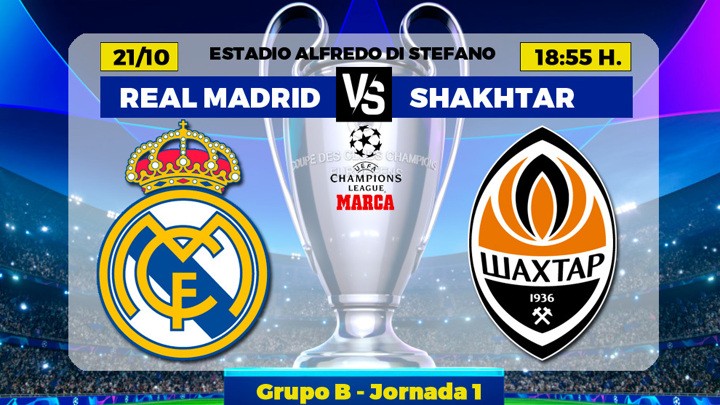 Real Madrid were treated to a downpour on Tuesday as they went through their final preparations for their Champions League opener against Shakhtar Donetsk. In this midweek match, Zinedine Zidane will be hoping to see his side bounce back from Saturday's disappointment against Cadiz.

The champions' slip came as a slap in the face ahead of welcoming the Ukrainians to the Estadio Alfredo Di Stefano and the players will know that they can't go into Wednesday's game in the same way.

With El Clasico looming at the end of the week as well, it's vital that Real Madrid click into gear now and get their European campaign off to a winning start against a side who have been heavily hit by COVID-19.

One problem that has been hanging over Los Blancos for a while now is their lack of options in attack. A shortage of business this summer means that Karim Benzema remains the only reliable option in front of goal, with not many people predicting that Luka Jovic rediscovers his Eintracht Frankfurt form any time soon.

Zidane does have players like Marco Asensio and Vinicius Junior working under his disposal, but he sees them more as creators of chances than players to finish them off. Rodrygo does have good numbers in the Champions League, scoring four in five games last season, but he has slipped down the pecking order lately.

Eden Hazard remains sidelined for an unknown period after suffering a setback three weeks ago. Zidane admitted on Tuesday that the Belgian's injury is worse than was first feared, increasing the doubts that already surrounded Real Madrid's big 2019 signing.

For this match, Real Madrid are also without their leader Sergio Ramos after he suffered a knock at the weekend, while right-backs Dani Carvajal and Alvaro Odriozola remain on the injury list too.