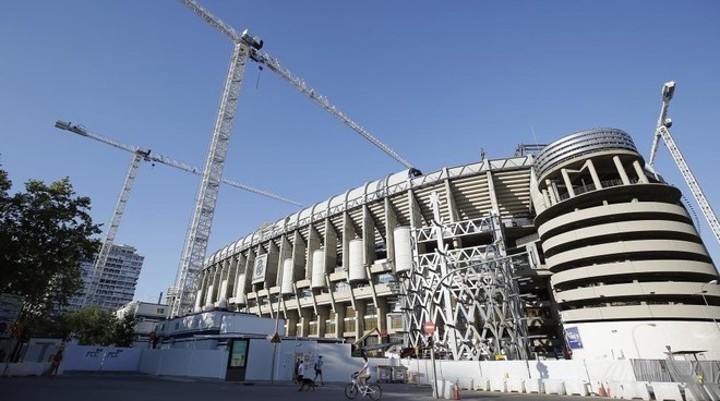 Real Madrid will play their remaining fixtures of this season at the Estadio Alfredo Di Stefano at Valdebebas in order to move forward with the redevelopment of the Estadio Santiago Bernabeu.

With the knowledge that matches will have to be played behind closed doors for the rest of this season at least, Real Madrid chose to relocate in order to make more progress with the Bernabeu.

As a result, Zinedine Zidane's side will play at the Di Stefano in their remaining home matches in LaLiga Santander and any further Champions League games.

The Bernabeu last hosted a match on March 1 when Barcelona were beaten 2-0 in the Clasico in front of a full crowd.

However, supporters could be allowed to attend matches at the Bernabeu again as soon as October, with Real Madrid drawing up plans to open part of the stadium for fans.

Irene Lozano, the president of the Spanish governments National Sports Council (CSD), commented this week on the possibility of smaller crowds being able to attend matches.

The proposal is that fans will be able to watch from a third of the stadium in October before filling the ground again in January.

October has been set as the target date because, in all likelihood, that is when next season's LaLiga Santander and Champions League competitions will start.

During the coming months, while Los Blancos play at the Di Stefano, key work will be done at the Bernabeu to ensure that football can return there next season.

This key work will include one of the most important phases of the redevelopment - the construction of the 'cellar' where the retractable football pitch will be kept while other events take place at the stadium.

Having fans attending matches again will soften the economic blow too, as much for Real Madrid as any other club.