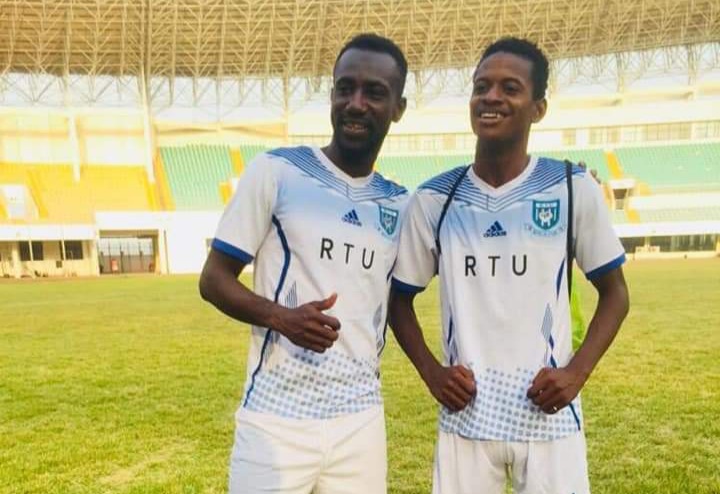 Real Tamale United has been declared winners of the matchday 16 fixture against Techiman City in the Ghana Division One League.

City failed to honour the fixture at the Wa Sports Stadium following their ban from using the Ohene Ameyaw Park in Techiman.

City have also been fined GHC2,500.00 for being the defaulting team and an additional GHC500.0 to RTU for their travel expenses.

Below is the decision taken by the Ghana FA Disciplinary Committee: 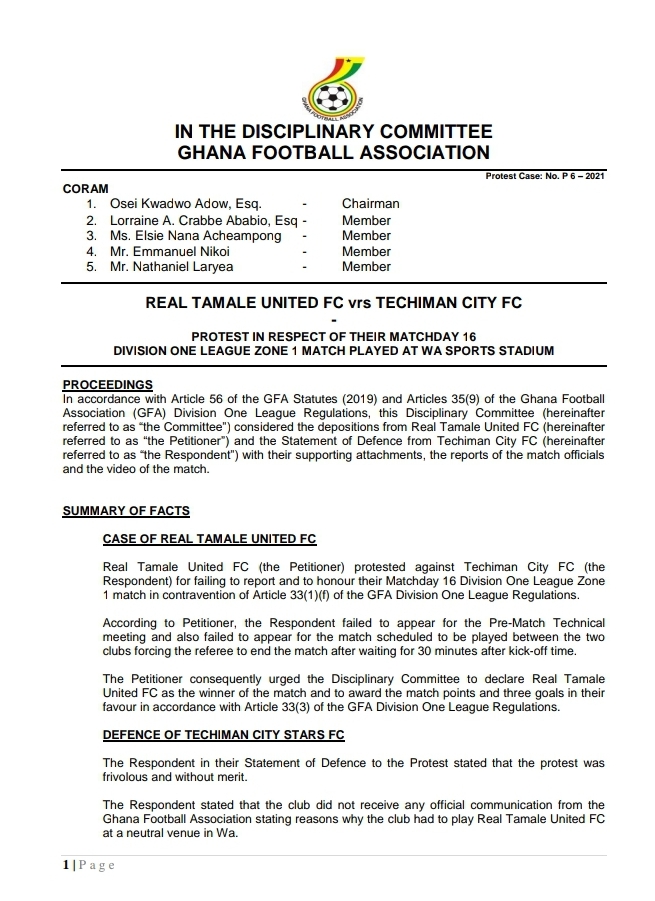 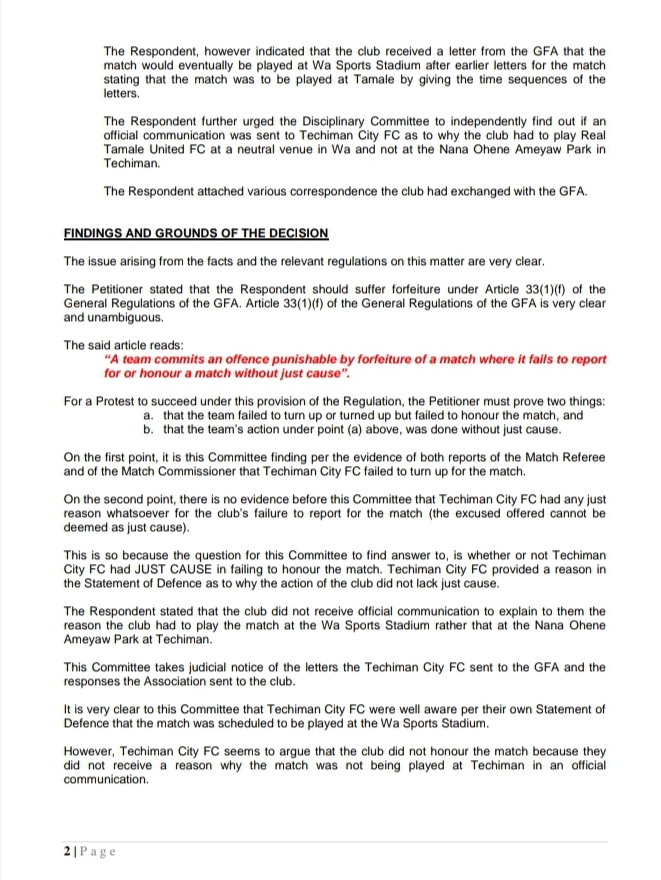