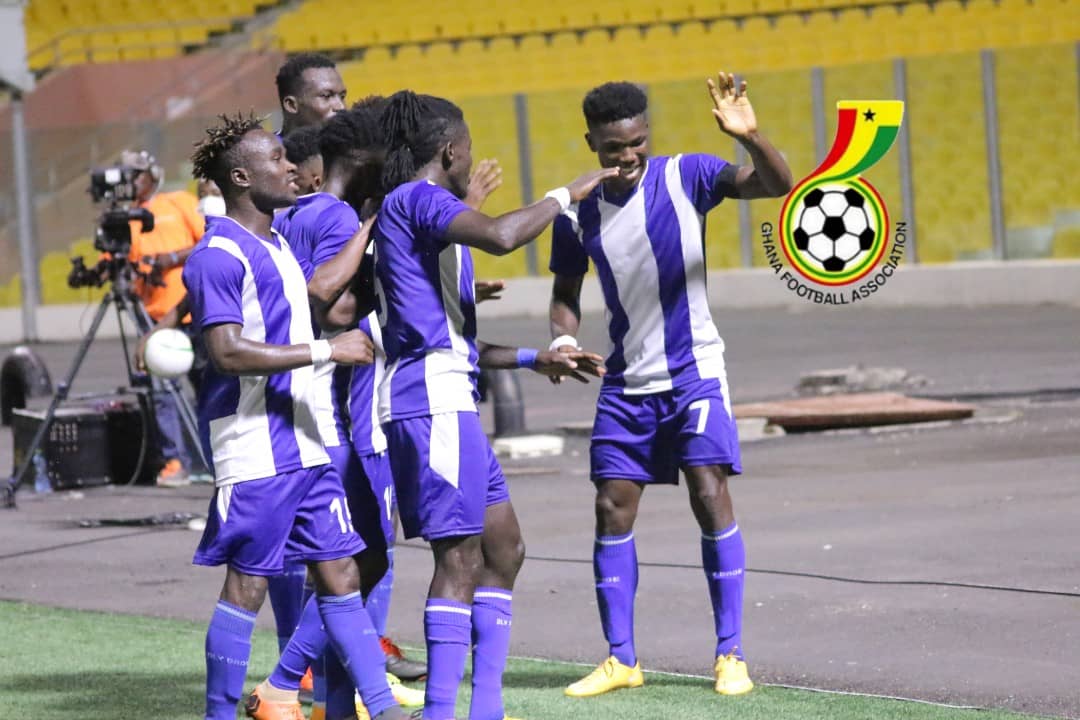 The match day four Ghana Premier League game between Great Olympics and Ebusua Dwarfs has been postponed following the rescheduling of the Kotoko versus FC Noaudhibou CAF Champions league game.

Olympics were to host Dwarfs at the Accra Sports stadium on Sunday, but the game had to be postponed after the CAF Champions League second leg between Kotoko and FC Naoudhibou was pushed to Sunday following the impasse between the two teams ON Saturday.

Kotoko refused to play when two players of Noadhibou were reported to have tested positive of COVID-19.

"The Ghana Football Association (GFA), wishes to announce that the Match Day Four fixture between Accra Great Olympics and Mysterious Ebusua Dwarfs has been postponed indefinitely," the statement read.

"The game, originally slated for the Accra sports stadium on Sunday, December 6, 2020 has been called off.

"This is due to the rescheduling of the CAF Champions League game between Asante Kotoko and FC Nouadhibou.

"A new date would be communicated in due course.  All stakeholders are to take note and act accordingly."