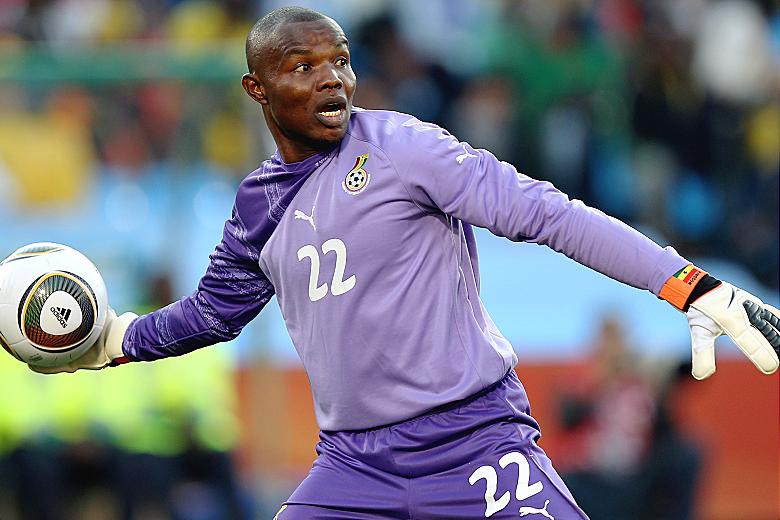 Former Ghana first choice goalkeeper Richard Kingson has told his friends he remains keen on featuring for Asante Kotoko before hanging his gloves.

He made the revelation at Golden Tulip, Kumasi City ahead of the World XI versus Kotoko Unity Match at the Baba Yara Stadium last Wednesday night.

Speaking in his local dialect, Ga, Kingson said each time he came to Kumasi; that dream comes alive to the extent that he wished he was in the red jersey of Kotoko.Kingson was the toast of fans during the match with his superlative performance and agility, bringing back fond memories of his heyday.

As if rehearsed, the entire stadium re-echoed in unison ‘Olele for Gabon 2017,’ apparently calling for his inclusion into the Ghana squad for the 2017 AFCON.

He pulled up some amazing saves to reduce the goal margin for the star-studded World XI side which eventually lost 1-4 to Kotoko.

Despite the heavy defeat, Olele, as Kingson is popularly called, only conceded a goal in his 45 minutes spell in the post for the Stars as he frustrated and intimidated the young Kotoko squad in the first half.