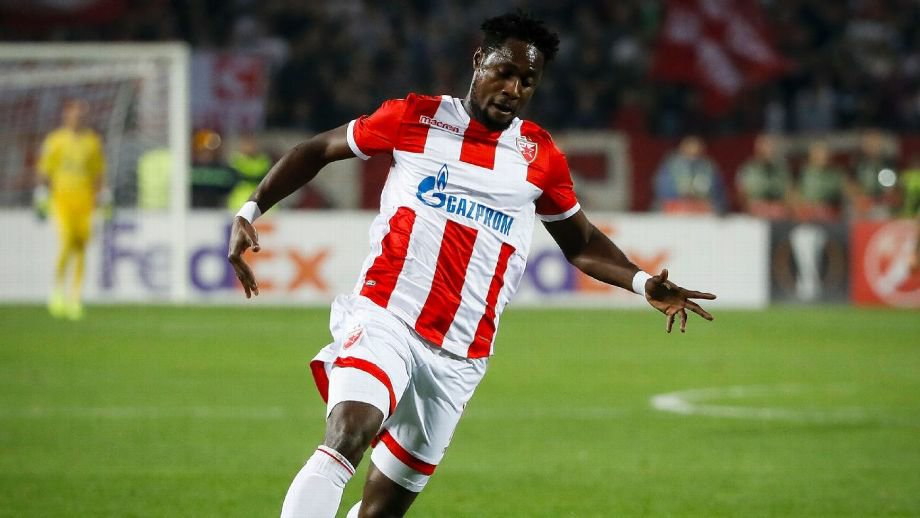 Ghana attacker Richmond Boakye-Yiadom is set to leave Red Star Belgrade at the end of the season, GHANAsoccernet.com has gathered.

Boakye-Yiadom's current contract with the Serbian giants will run out this summer and will be leaving as a free agent.

rejoined Belgrade side in August 2018 after a short stint at Jiangsu Sunning in the Chinese Super League spending most of his time on the sidelines.

The injury situation made it difficult for the talented striker to excel in the Asian country.

Sources close to the player indicate he has his heart set on a move to England, whether in the Premiership or in the Championship.

The 27-year-old has been very impressive in front of goal for Red Star since joining them 2017 with 58 goals in 89 appearances in all competitions.

Boakye-Yiadom was part of the Ghana squad side that finished fourth at the 2013 FIFA U-20 World Cup.