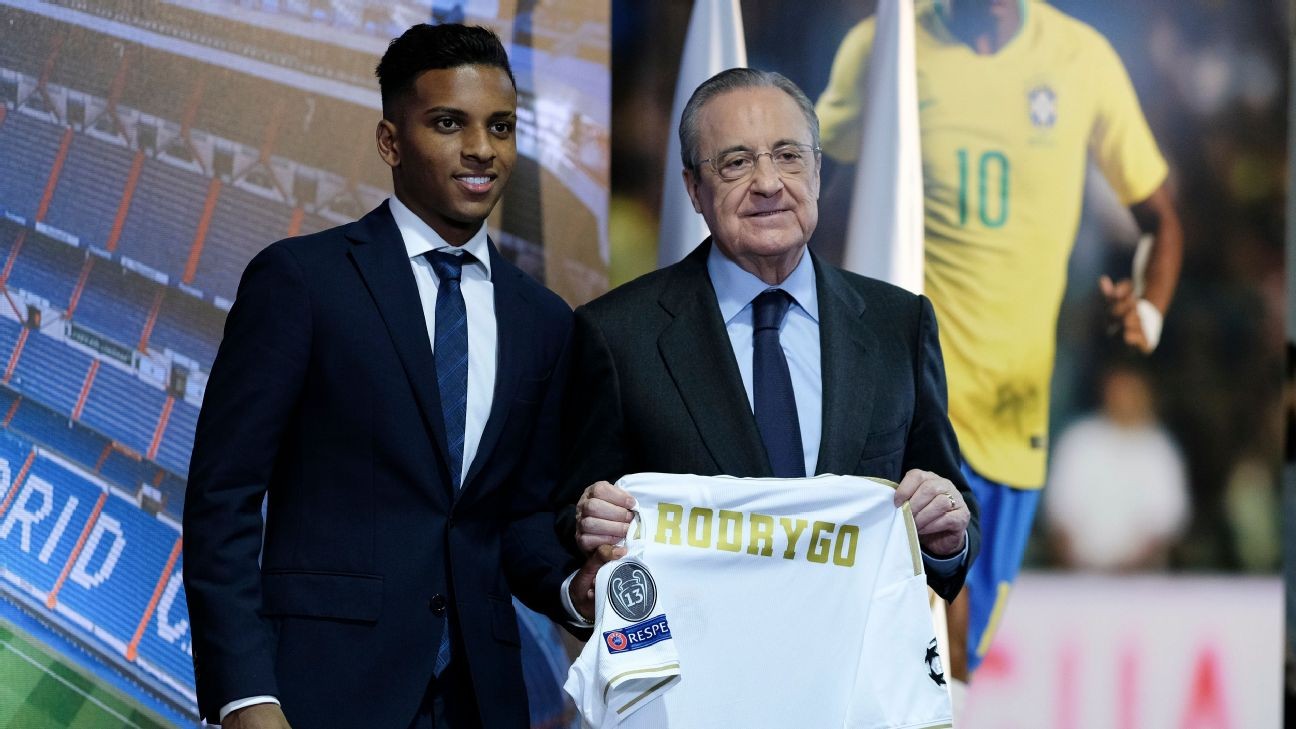 Real Madrid left-back Marcelo said Wednesday that new signings Rodrygo and Eder Militao are among the world's best talents and tipped the Brazilian duo to be assets at the Bernabeu in the coming years.

Brazil international defender Militao, 21, became an instant hit at Porto after joining from Sao Paulo last August and was quickly snapped up by Los Blancos for €50 million this spring.

Rodrygo, 18, officially joins Madrid in July after signing for €54m last year and is considered one of the next great attacking talents to come from Brazil, with the former Santos forward drawing comparisons to another ex-Peixe star, Neymar, in his home country.

Much is expected of the two youngsters, and Marcelo is confident they will join fellow reinforcements Eden Hazard and Luka Jovic in becoming building blocks for a new era at the club.

"Yes. Real Madrid is a team that must always have the best players. These players will help us a lot from now on," he told ESPN Brazil.

Marcelo is not with the national team at the 2019 Copa America in Brazil, though he played a starring role at last summer's World Cup along with Paris Saint-Germain's Neymar.

Asked about recent reports that the PSG forward could re-join Barcelona -- and La Liga -- this summer, the Real defender didn't claim any knowledge of Neymar's plans but wished him luck whatever he decides.

"Each person has his mindset and can decide where he will play," Marcelo said. "I'm his friend and I wish him the best, but I don't know if he will go back to Spain or stay in Paris. I don't know."