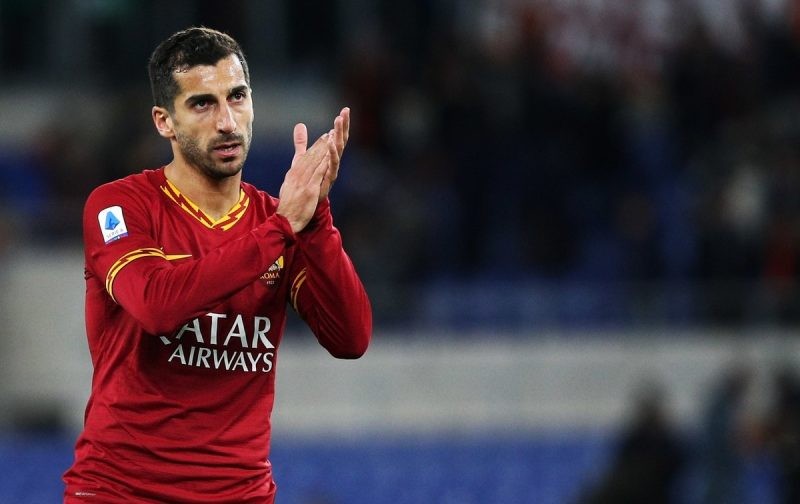 Roma have informed Arsenal they will not be signing Henrikh Mkhitaryan on a permanent deal this summer as the Giallorossi are instead hoping to extend his loan for another season.

The Armenian joined the Gunners from rivals Manchester United in a deal that saw Alexis Sanchez go the other way, but the move hasn’t worked out for the 31-year-old.

Mkhitaryan managed just nine goals and 13 assists in 59 games over two-and-a-half years in north London, and as a result he was sent on loan to Roma.

Although the Armenian has found his form in Italy, Roma have made it clear they won’t be signing him on a permanent deal this summer.

Instead, the Lupi are looking to extend the loan for another season with an obligation to buy in 2021.

That request poses a problem for Arsenal as Mkhitaryan’s contract expires in June 2021, meaning the Gunners will have to decide whether to offer the attacker a new deal or find another buyer this summer.

However they could be a third option for the English side as manager Mikel Arteta admitted he’s a fan of the Armenian, opening the door for a possible stay.