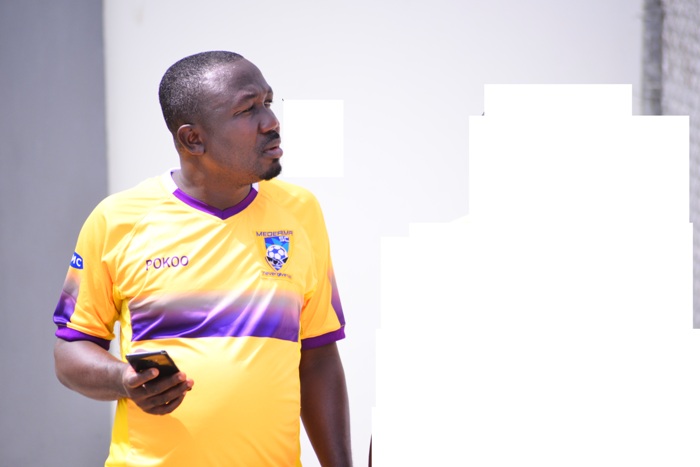 James Essilfie is the CEO of Medeama

Medeama Chief Executive James Essilfie has urged the Ghana Football Association to adjudicate on the protest filed by league leaders Hearts of Oak against Great Olympics with a lightening speed  to avoid needless litigation.

The soft-spoken club chief fears the delay in adjudicating on the matter has the propensity to spark undue controversy as the Premier League reaches home stretch.

The Phobians filed a complaint against their city rivals for fielding an unqualified player following the side's 1-1 draw in a titanic Ghana Premier League match on June 6, 2021

Hearts are alleging Joshua Kwame Rhule was unqualified to feature in the Mantse Derby at the Accra Sports Stadium.

The Phobians have reportedly filed a protest against their cross city rivals- seeking to be declared winners after sharing the spoils in the capital.

However, Medeama CEO James Essilfie, has urged the FA to expedite action on the matter.

"I will urge the Ghana Football Association to act on the matter as soon as possible. We have just five matches to end the season and the outcome of that ruling will have consequences on the table," Essilfie said

"We have to avoid needless litigation and so its imperative on the FA to act now.

"It's been an exciting season and we must do all we can to ensure we end it successfully. The clubs must be clear on the ruling before our next Premier League matches.

"It's important we savage this fantastic season and not allow potential litigation to mar it."

Article 33 of the 2019 Ghana Football Association Premier League Regulations clearly states that a team commits an offence punishable by forfeiture of a match where that team fields an unqualified player.

If the protest succeeds, the offending team (Great Olympics) shall be considered as having lost the match and accordingly, three (3) points and three (3) goals shall be awarded in favour of Accra Hearts of Oak.

Hearts are join-top with sworn rivals Asante Kotoko on 53 points with five matches to end the season.